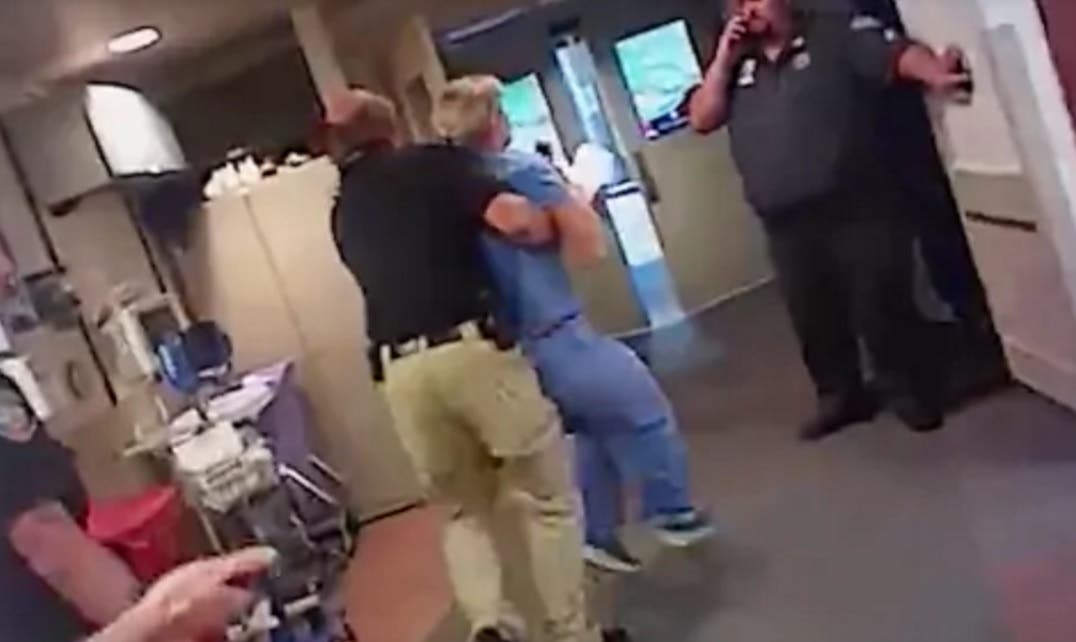 The viral video of Salt Lake City police officer Jeff Payne brutally arresting a nurse for refusing to draw blood from a badly injured man without a warrant has prompted a swift apology from the city and an investigation from the police department.

Mayor Jackie Biskupski gave this statement on the incident, which showed once again the appalling violence and disrespect that many police officers show the people they ostensibly protect and serve.

“Like many of you, I watched the video of police officers interacting with University of Utah Medical Center nurse Alex Wubbles [sic] for the first time through the media late yesterday. What I saw is completely unacceptable to the values of my Administration and of the values of the Salt Lake City Police Department. I extend a personal apology to Ms. Wubbles for what she has been through for simply doing her job.”

Officer Payne has been “suspended” from the blood draw program, but he is still considered active duty and is on paid leave pending an investigation.

It’s infuriating to see how this police officer made an unconstitutional and unethical request of Nurse Wubbles and to use violence to try to force her to do as he wanted. The results of this investigation had better end in a severe punishment.