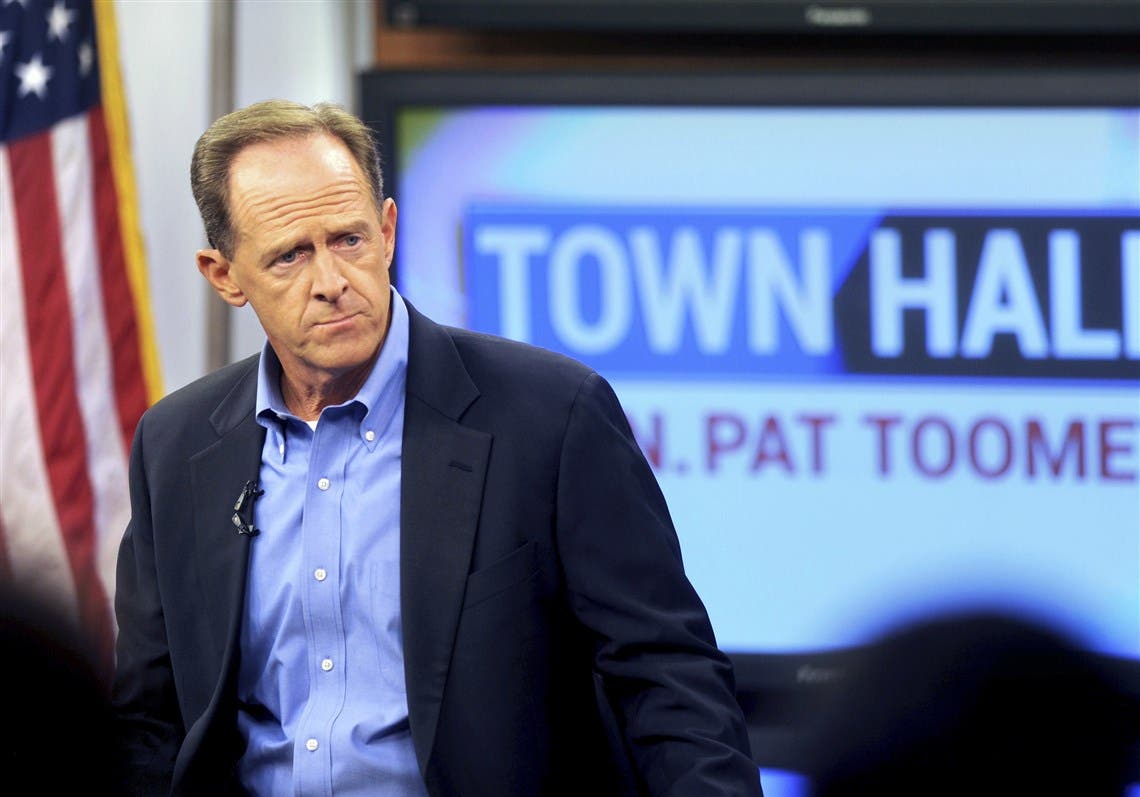 During Senator Pat Toomey’s (R-PA) town hall meeting, a provocative question at his supposed “constructive discussion” led to the arrest of 28-year-old Simon Radecki of Northampton County. After reports that Trump would reassess the Deferred Action for Childhood Arrivals, or DACA, Radecki posed a question to Toomey in the only way to make the Senator appreciate its implications.

“Thank you, Senator Toomey, for coming here tonight to hear our questions. I’m assuming you’ve been busy thinking about how to answer our questions, so you haven’t seen the news. Do you know whether you daughter, Bridget, has been abducted?”

“Whatever you’re feeling right now, that’s what it feels like to have a daughter deported. Thousands of fathers here in the Valley that live with that fear every day. Their daughters have names, too,” Radecki continued. “So here’s my question. Do you unequivocally denounce any attempt by the administration to reverse DACA, which would hang the threat of deportation over hundreds of thousands of children the same age as Bridget?”

Toomey had the man removed by security and, in the process, asserted, “That’s a ridiculous question.”

After the town hall, Radecki explained his rationale for the question.

“What I did tonight was to force Senator Toomey into a place of empathy for the briefest moment in the hope that he would acknowledge the humanity of so many others who live with fear that he is directly responsible for every day.”

Radecki now faces charges of disorderly conduct and disrupting a public meeting for suggesting that a Senator who has voted in lockstep with Trump consider the consequences of his actions.

Perhaps someone should explain to the Republican Senator that the scary hypothetical question he was faced with tonight – one that resulted in the arrest of one of his constituents – is very much the reality for countless people in this country each day because of the misguided and divisive politics of the current administration and those who align themselves with it.