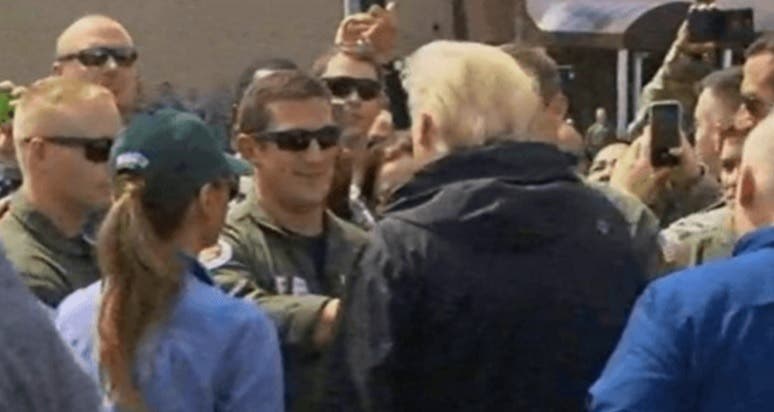 President Trump, apparently not content with the multiple gaffes he’s already pulled today, decided being rude to some military personnel was a good way to round out the day.

While meeting with uniformed military members at the Hurricane Harvey NRG Relief Center in Houston, Trump decided to use the opportunity to boast about his election victory and pull a little tough-guy move.

Trump in Houston greets a few military personnel. One says, "We voted for you.”
Trump: “You better. Who didn’t in your world? Who didn’t?”

Trump said “you better,” as if it was a given that everyone in the military was obligated to vote for him. “Who didn’t in your world” is an appallingly arrogant thing to say.

Trump just boasted to a military man who has just spent a week helping save lives about how rich men like Trump live in an entirely different world.

Trump lives in a world where he doesn’t have to put his life on the line or take time out of his life to help others. Instead, he simply jets around the country, poses for a few pictures, then returns to watching cable television while the country collapses around him.

It just goes to show that our President’s concern for the American people extends only as far as their ability to boost his insatiable ego.