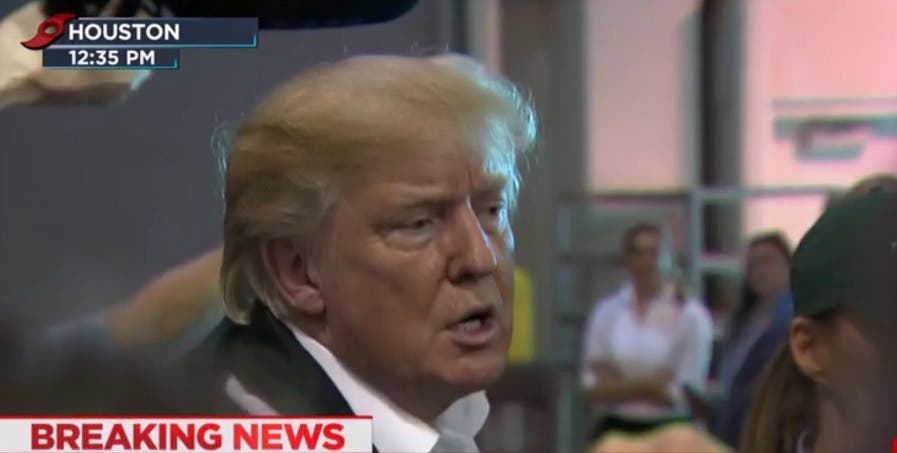 President Trump just stunned the nation once again with his inability to recognize the severity of the situation at hand, showing a callous disregard for the losses of those around him and failing to show leadership once again.

What words should the President of the United States use to end his visit to a relief center, surrounded by people who have lost everything to the uncaring wrath of nature?

Perhaps “together, we shall overcome?”

Perhaps some words of reassurance to these people that everything will be ok?

Not for Donald Trump, who decided to go with “have a good time.”

"Have a good time, everybody" – Trump in Houston just now pic.twitter.com/pAk240vnMO

No matter how many times he pulls stunts like this, it never gets less infuriating. He has no conception of the struggle facing the people of Houston, instead focusing on his own enjoyment of meeting regular folks, getting his picture taken, and having people call him “Mister President.”

Trump is definitely the only one having a good time today.