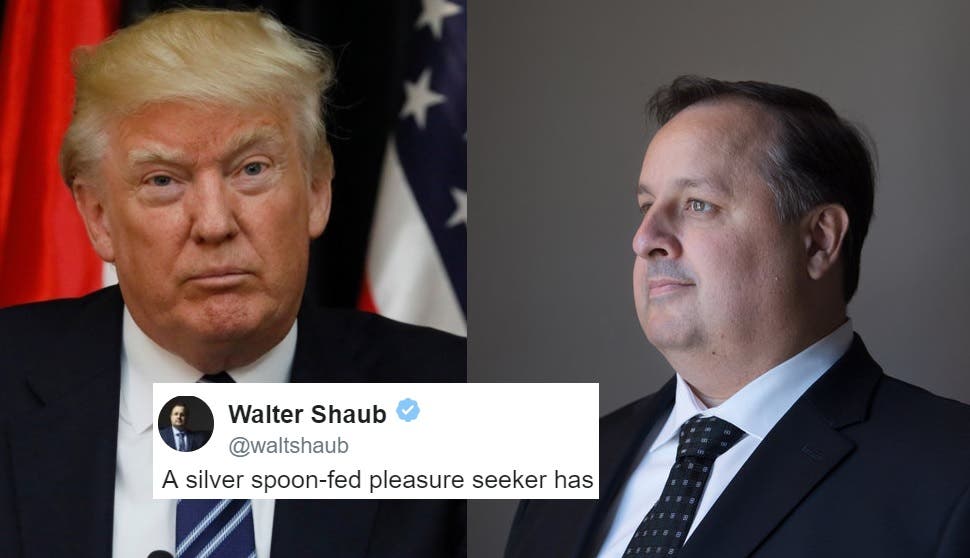 Earlier tonight, the news broke that President Trump is expected to end the Deferred Action for Childhood Arrivals (DACA) program, which protects the legal status of immigrants who arrived in the United States as children.

He is expected to make the move despite widespread opposition from both sides of the aisle, cruelly upending the lives of nearly a million productive members of American society just because they aren’t white.

Former White House ethics chief Walter Shaub, who resigned in disgust earlier this year over President Trump’s refusal to give even a cursory regard for ethical behavior in the White House, took to Twitter this evening to call out the President for even considering such an unnecessarily cruel decision.

President Trump declared this Sunday to be a “National Day Of Prayer” for the victims of Hurricane Harvey in Texas, but immediately revealed his declaration to be nothing but an insincere stunt for the so-called “religious” right-wing.

Nothing could make it more obvious that he has no concern for the American people than needlessly preparing to deport nearly a million people and waste millions of taxpayer dollars in order to prove to the racists of America that soft ethnic cleansing is still on the table.