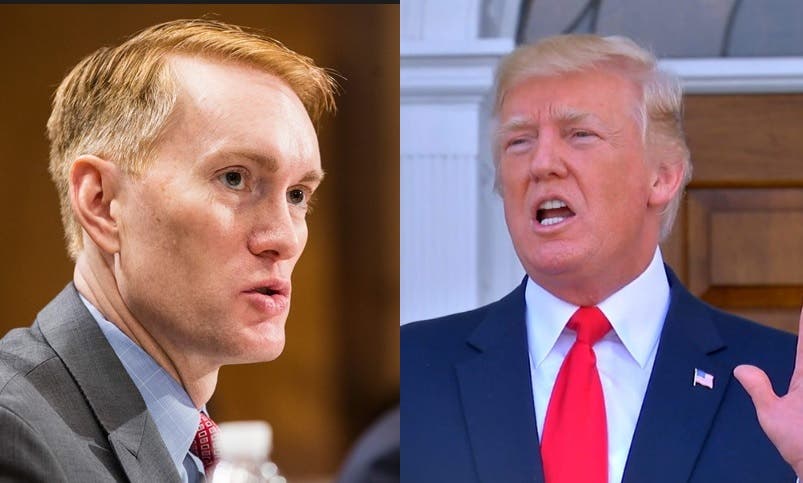 The backlash to President Trump’s expected move to end President Obama’s signature Deferred Action for Childhood Arrivals program is growing by the hour – on both sides of the aisle.

Republican Senator James Lankford (R-OK) is the latest Republican to break with the President on the ending of the DACA program, which protects undocumented people who arrived in the United States as children from deportation.

In a statement to the Hill, Lankford took the President to task for his unnecessarily cruel and socially unproductive decision to disrupt the lives of nearly a million DREAMers.

“It is right for there to be consequences for those who intentionally entered this country illegally. However, we as Americans do not hold children legally accountable for the actions of their parents.

We must confront the nation’s out-of-date immigration policy and finally resolve the issues of strong border enforcement and merit immigration.”

He joins a host of other Republicans, like Speaker of the House Paul Ryan (R-WI), in condemning the move.

The President was apparently swayed by Attorney General Jeff Sessions’ argument that immigration policy needs to be handled by Congress, not the presidency – but seeing as our Republican-strangled Congress can’t pass even the most basic pieces of legislation without shooting themselves in the face, ending the DACA program would likely end up leaving hundreds of thousands of people vulnerable to the brutality of ICE and an uncertain future in a foreign country they’ve never lived in.