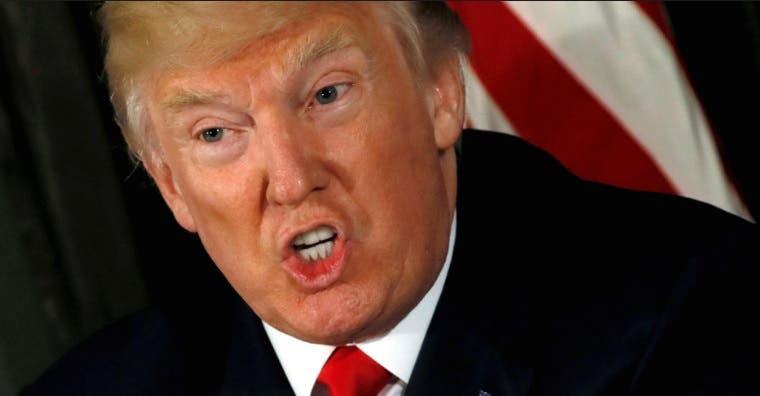 Today is Labor Day. It’s the three day weekend that sees off summer and welcomes in fall. Families vacation and most workers get a hard-earned break. However, Labor Day’s origins have little to do with a chance for family time and barbecuing. Labor Day is a day that labor unions in America fought for in the late 1800s as they struggled against oppressive, dangerous, and exploitative working conditions.

Since that time, America has made many pro-worker reforms that brought relative prosperity to the middle and working classes as well as job safety and fair working conditions. This work stands to be undone by President Donald Trump, a man who spent his career in construction (and perennial bankruptcy) exploiting manual laborers – sometimes going so far as to withhold their wages for work already completed.

Today, Trump had the audacity to tweet about Labor Day and blue collar industries. His words are more fake news, another slap in the face to American workers. Trump lacks any respect for the real history and meaning of the holiday.

Nothing says “We respect American workers who fought the good and just fight against exploitation” like an uber-wealthy manipulative tycoon and his wife wearing designer clothes in front of a mansion.

Trump, who campaigned on a pro-blue collar platform, has stuffed his cabinet full of former Wall Street executives who represent the interests of “big finance” which, as you may remember, plunged America into its deepest recession in the Great Depression in 2008. Financiers recklessly gambled with the pensions and savings of ordinary Americans. They walked away as multi-millionaires while working and middle-class Americans lost their jobs, their homes, and their savings.

While paying lip service to the plight of working Americans, Trump has taken up an agenda of deregulating the financial industry which will open up the possibility of a new Great Recession, union busting, tax breaks for the 1% that are paid for by poor Americans who stand lose critical services like Medicaid, and deregulating industries like the chemical and energy sectors which pose a disproportionate health risk to minorities and the poor.

Trump is nothing more than a manipulative conman. His disingenuous recognition of Labor Day is an affront to the men and women who risked everything to fight for a holiday honoring the working class, upon whose backs the greatness of America was built.

The U.S. Department of Labor aptly describes Labor Day as

“[A] creation of the labor movement and is dedicated to the social and economic achievements of American workers. It constitutes a yearly national tribute to the contributions workers have made to the strength, prosperity, and well-being of our country.”

The appalling working conditions of the 1800s are evident by examining what constituted reform. In 1819, for example, a Factory Act was passed the prohibited children working more than twelve hours per day. In 1850, another Factory Act ensured that women and children could only work ten and half hours per day, and not before 6am or after 6pm. Children were paid even less than adults and were forced to crawl into machinery which often resulted in mutilations and fatalities.

This is a grotesque situation that happens when corporate leadership is not kept in check and businesses receive zero oversight from an elected government.

Men received no benefits from Factory Acts in the mid- to late-1800s. When workers began to try organizing, they were convicted of “illegal conspiracy to raise wages.” Factory bosses and capitalist tycoons held all the cards and workers were forced to acquiesce to the most vile and dangerous working conditions.

On September 5, 1882 the first ever Labor Day was celebrated. It took place only in New York City where the early organized labor groups the Knights of Labor and the Central Labor Union led a parade through the streets. But the government was still in league with tycoons and not ready to accept the empowerment of the working class.

In 1894, the federal government deployed Army troops in Chicago to crush a strike organized by the American Railroad Union protesting wage cuts. Workers were killed. This was a watershed moment for organized labor in America. The brutal killing committed by the federal government to support wealthy tycoons who lined their own pockets at the expense of their workers’ safety and basic livelihoods infuriated Americans across the country.

The moment of national tragedy in Chicago empowered American workers to make a real change. Congress officially made Labor Day a national holiday soon after the Chicago killings in honor of the workers who built American prosperity and had so far received nothing but abuse and exploitation. Labor unions began to strengthen and strikes became more acceptable. Workers were finally able to bargain with their bosses on fair terms.

This brings us back to the dire situation American workers are facing today. The rich are getting richer and average Americans are stagnating. The wealthy are reasserting their ability to enrich themselves at the expense of everyday Americans. Donald Trump is in their corner.