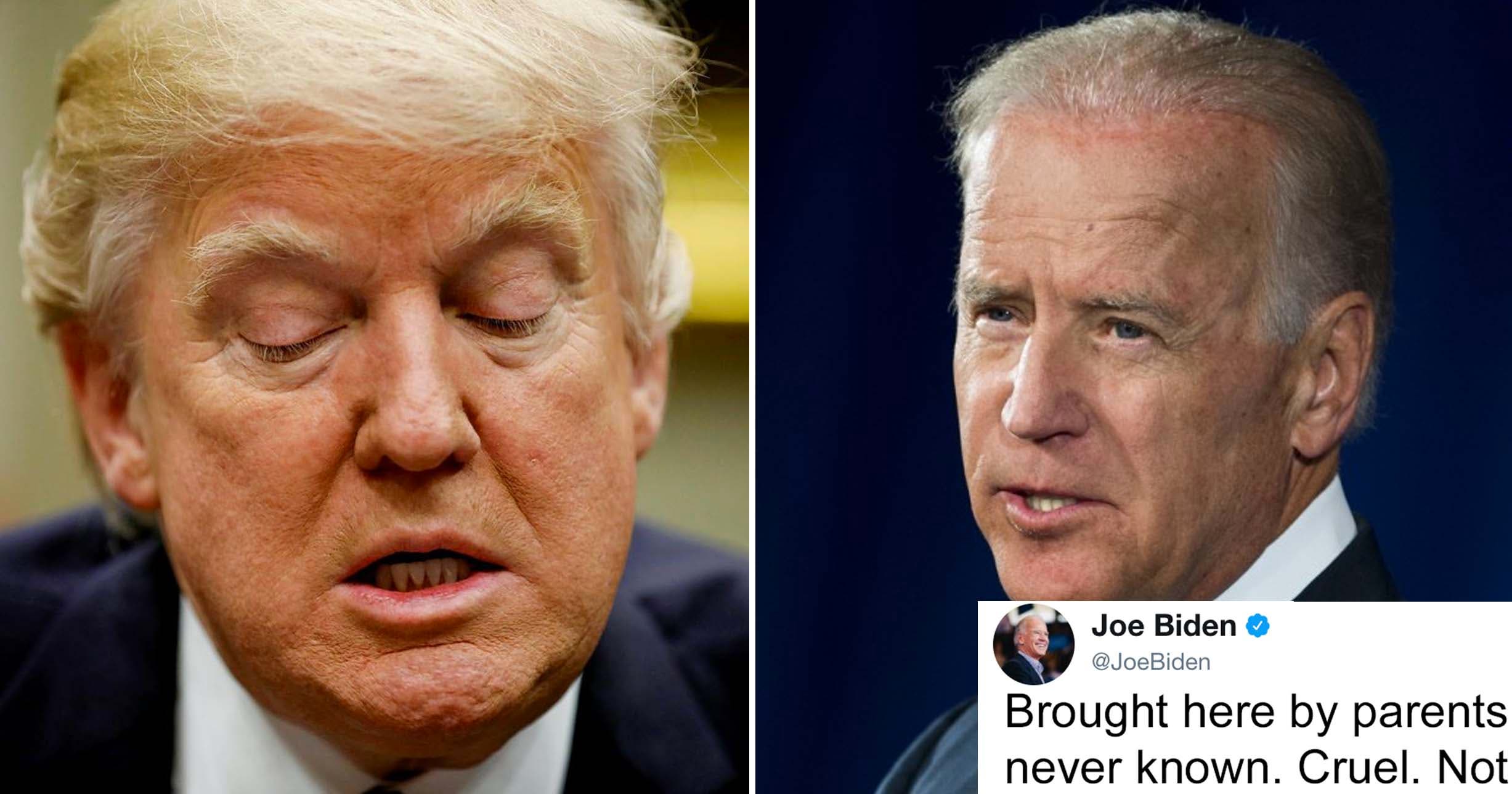 Former Vice President Joe Biden is known for leading with his heart on matters that affect innocent civillians, and he did not hold back this morning in his response to Trump’s heartless attack on individuals and families that have committed no crime but continuing to live in the only place they have ever called home.

In less than 140 characters, Biden laid out the facts and called Trump’s move exactly what it is: cruel.

For the first time in 45 years, Joe Biden is now a private citizen. It’s good to know that he is still out there taking action and speaking truth to power.

Brought by parents, these children had no choice in coming here. Now they'll be sent to countries they've never known. Cruel. Not America.