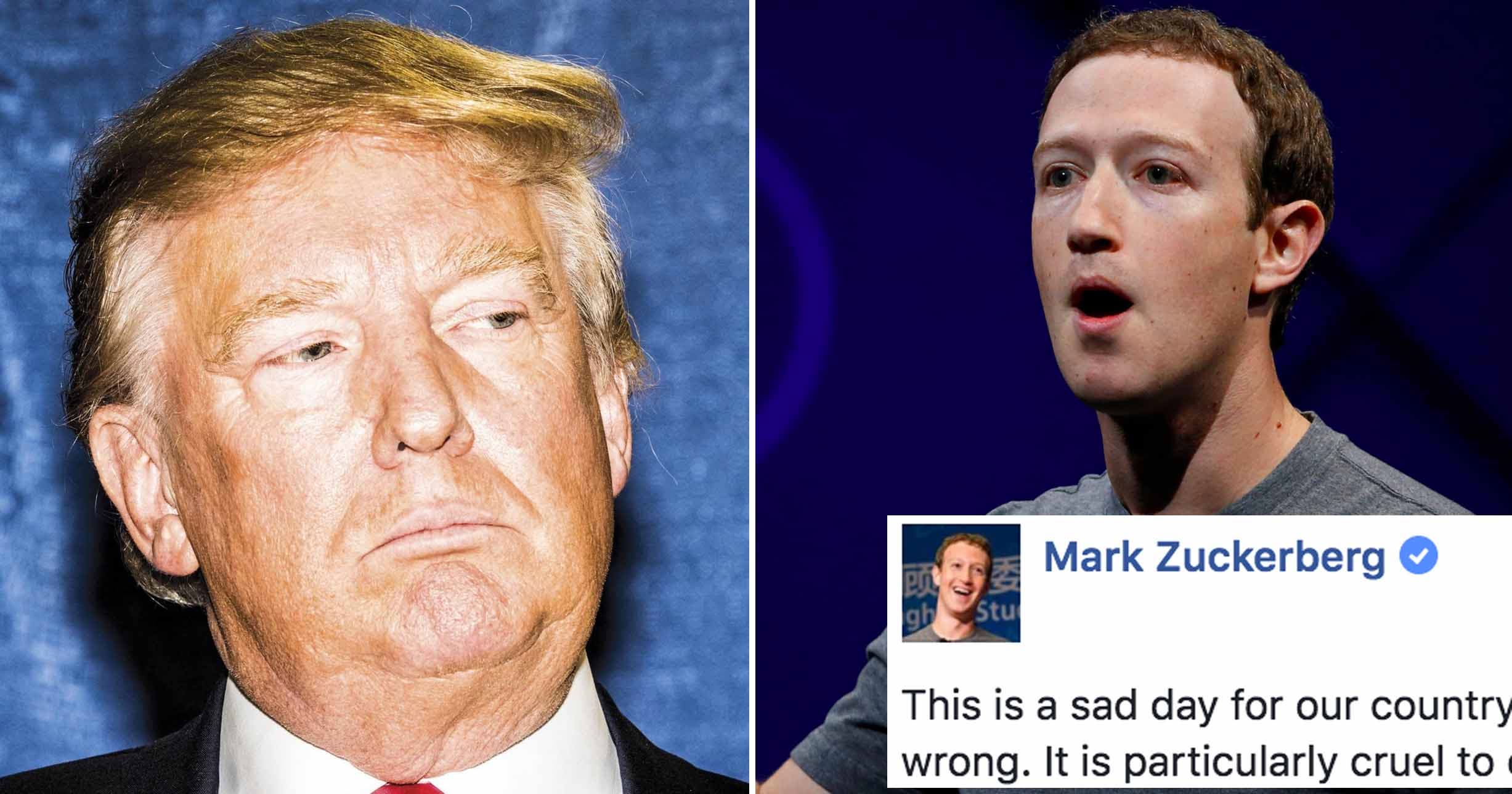 Trump’s decision will rip apart families, upend the lives of innocents, and remove a vital component of the U.S. workforce — and Facebook founder Mark Zuckerberg isn’t standing for it.

The self-made billionaire immediately took to the platform he created with a scathing rebuke of the horrendous decision, and he called on Congress to fix the disaster before Trump’s order takes effect in March.

Unlike Trump, who inherited a fortune, Zuckerberg understands the vital benefit immigrants provide to our economy and community. Trump would be wise to heed his words — but, nobody has ever accused this president of being wise.

“This is a sad day for our country. The decision to end DACA is not just wrong. It is particularly cruel to offer young people the American Dream, encourage them to come out of the shadows and trust our government, and then punish them for it.

“The young people covered by DACA are our friends and neighbors. They contribute to our communities and to the economy. I’ve gotten to know some Dreamers over the past few years, and I’ve always been impressed by their strength and sense of purpose. They don’t deserve to live in fear.

“DACA protects 800,000 Dreamers — young people brought to this country by their parents. Six months from today, new DACA recipients will start to lose their ability to work legally and will risk immediate deportation every day.

“It’s time for Congress to act to pass the bipartisan Dream Act or another legislative solution that gives Dreamers a pathway to citizenship. For years, leaders from both parties have been talking about protecting Dreamers. Now it’s time to back those words up with action. Show us that you can lead. No bill is perfect, but inaction now is unacceptable.

“Our team at FWD.us has been working alongside Dreamers in this fight, and we’ll be doing even more in the weeks ahead to make sure Dreamers have the protections they deserve.

“If you live in the US, call your members of Congress and tell them to do the right thing. We have always been a nation of immigrants, and immigrants have always made our nation stronger. You can learn more and get connected at Dreamers.FWD.us.”