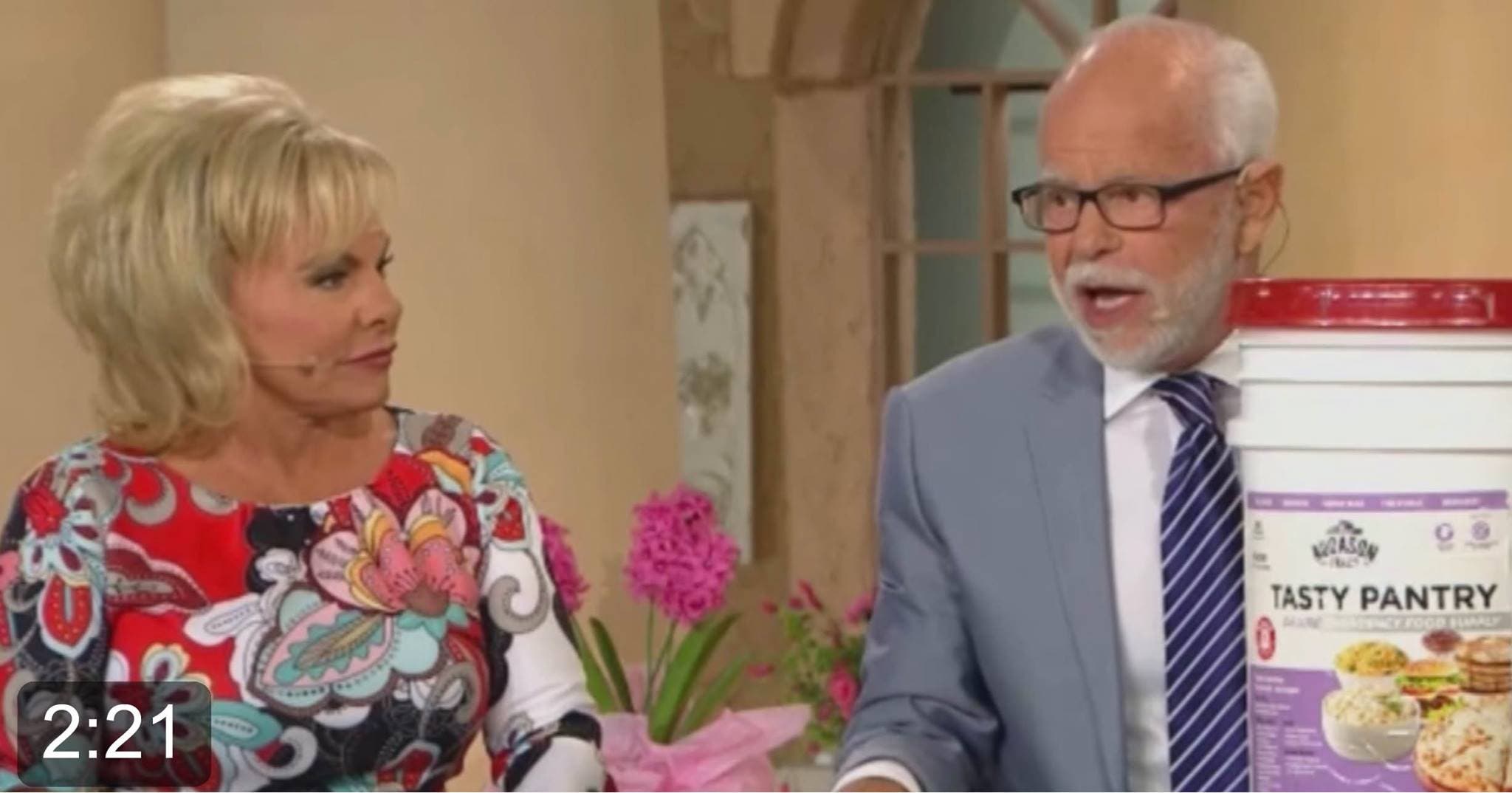 It seems that Joel Osteen’s decidedly un-Christian behavior in the aftermath of Hurricane Harvey, in which he failed to open his megachurch’s doors to a devastated Houston public, has not deterred other religious leaders from showing their true colors during a natural disaster. Jim Bakker, disgraced televangelist, appeared on Right Wing Watch News to claim that Hurricane Harvey was God’s “judgment” on Houston for “decadence” and, in the same breath, tried to hawk a $175 bucket of survivalist food.

There is, of course, blatant irony in Bakker warning Americans to “be not deceived” before the televangelist – who was implicated in a sex scandal and even served four years in prison for fraud – brings out grotesquely overpriced buckets of food for sale to prepare Christians for the upcoming “tribulation” period.

Bakker, like many televangelists, had built a religious empire worth upwards of $158 million. Similarly, Lakewood Church’s Joel Osteen is worth upwards of $50 million and, immediately following Harvey, had the temerity to pass out collection plates to a community who had just lost everything in the flood.

(skip to the end to see the distribution of collection plates)

While religious “leaders” like Bakker and Osteen continue to exploit their religion for their own personal gain, their actions are only serving to expose their true characters and the missions of their “churches.”