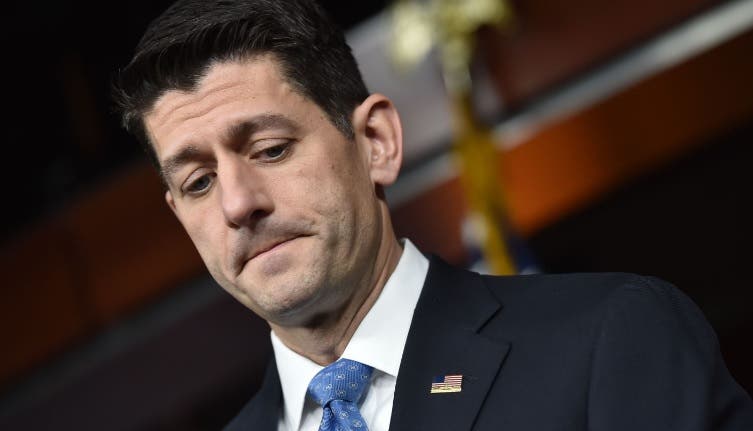 President Trump stunned the political establishment today when he reached across the aisle and made a deal with the Democrats in order to raise the debt ceiling for the next three months, spurning House Speaker Paul Ryan (R-WI) and Senate Majority Leader Mitch McConnell (R-KY).

Now unhappy rumblings in the ranks of House Republicans are beginning to turn to mutiny.  The leader of the nihilistic extremists in the House Freedom Caucus, led by Mark Meadows (R-NC), are already beginning to discuss who they will choose to replace Ryan with as Speaker – with none other than Stephen K. Bannon, former Trump Chief Strategist who has now returned to helm the right-wing’s premier online hate rag, Breitbart.com.

Several people close to Bannon and Meadows said on Wednesday that the two men, who met on Monday on Capitol Hill, have begun to discuss who could replace Ryan as speaker, should conservatives rebel against him. But they stressed that those discussions remain speculative and informal, with no plan yet for action.

Meadows knows what he’s doing, having led the rebellion that ousted John Boehner several years ago.

It’s just the icing on the cake of a terrible day for Paul Ryan, who just watched the President that he’s bent over backwards to support casually stab him in the back after Ryan and was unable to deliver on promises that Trump did nothing to fight for.

It couldn’t be happening to a nicer guy.