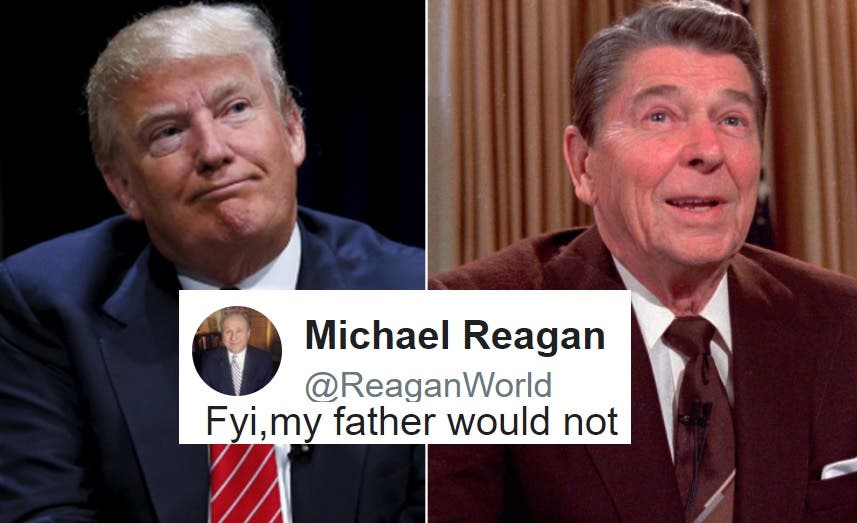 President Trump’s decision to end President Obama’s signature immigration policy, the Deferred Action for Childhood Arrivals (DACA) program, has been met with near-universal condemnation from most Americans on both sides of the aisle.

The son of our last elderly conservative celebrity president with rapidly deteriorating mental faculties, Michael Reagan, took to Twitter tonight to comment on Trump’s decision and speaking for his father’s legacy.

Fyi,my father would not kick the dreamers out of the US.He would find a way to work with Congress and lead..@FoxNews @newsmax

Of course, “working with Congress” would require President Trump to actually put in some work, to whip up votes and lead the efforts with more substantial contributions than firing off a couple tweets and watching FOX all day.

Michael Reagan then went on to issue a sharp challenge to Congress, telling them that it’s up to them to make things right:

Trump put the ball in the right court.The Congress.The Republicans control all 3 branches now deal with it or go home..

But when the Republican-controlled Congress inevitably gets their own legislation (if they even get around to it) torpedoed by the nihilistic idiots in the Freedom Caucus and by racist white supremacists like Rep. Steve King (R-IA), it will be 800,000 hard-working Americans who have spent their entire lives here who will be forced from their homes and sent packing.

Seeing as Congress attempted to strip health care coverage from tens of millions of people barely a month ago, it’s understandable to not have high hopes for their efforts to protect the DREAMERS.

If they’d like to do the right thing for once in their miserable careers, though, now would be a good time to do it.