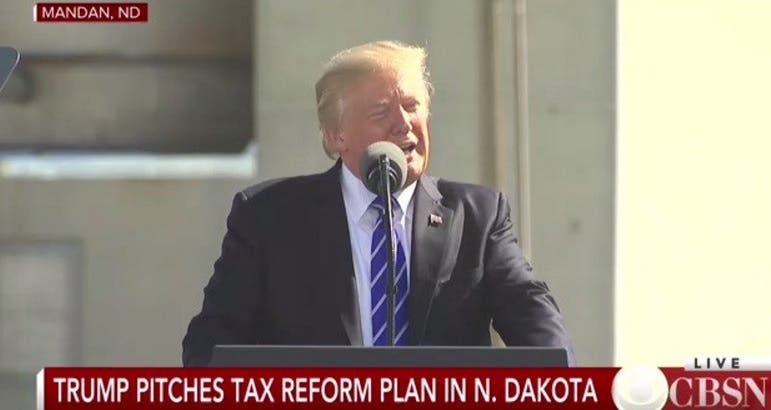 While visiting North Dakota to talk about tax reform, President Trump could not help putting his foot in his mouth once again.

He insensitively compared the suffering of Hurricane Harvey victims and that of the audience before him, who are currently enduring a drought.

“I know you have a little bit of a drought. They had the opposite. Believe me, you’re better off.”

The President never ceases to display his utter lack of human compassion and understanding.

From his pathetic celebration of his crowd size in the face of Houston’s suffering to his tone deaf remarks in North Dakota today — to say nothing of his Charlottesville fiasco — Trump continually proves that he does not possess the basic emotional tools a President needs to lead America through her toughest challenges.