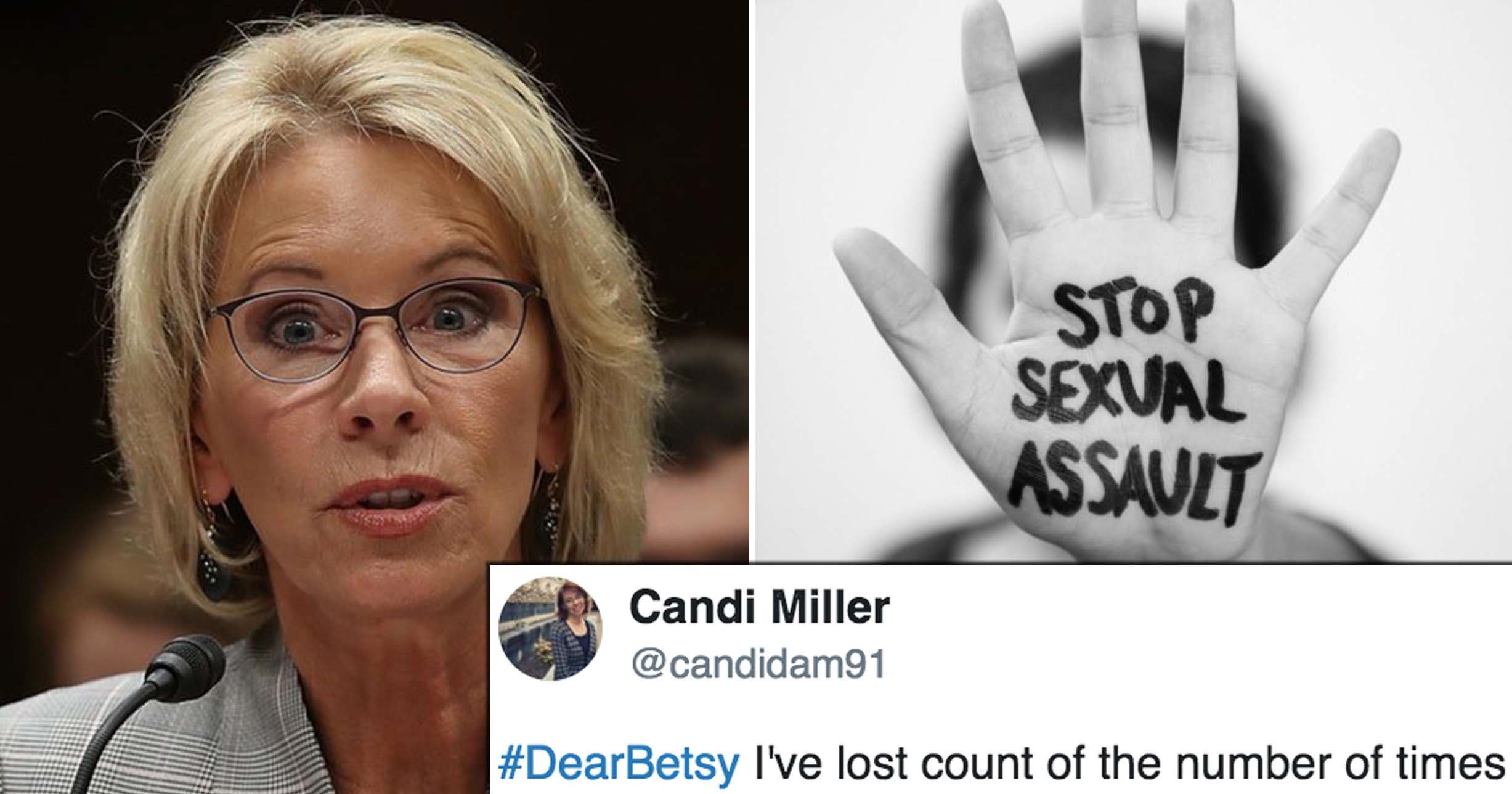 Today, Secretary of Education Betsy DeVos announced that she is is rolling back Title IX guidelines that protect student sexual assault survivors around the country. Now survivors are speaking out.

After DeVos met with so-called “men’s rights” activists in July, survivors saw the writing on the wall and 114 people published a letter in Teen Vogue pleading with DeVos not to make it easier for perpetrators to get away with rape, including this excerpt:

Years after students across the country initiated a wave of activism to hold these very institutions accountable, we are still being forced to ask the same question: “Exactly who are they here to serve? The students, or themselves?”

As survivors of sexual violence, we’ve continually had to advocate for ourselves, often because no one would advocate for us. We have been forced to ask this question again and again, of all the people and institutions that are supposed to serve us: our Title IX administrators, police officers, schools, teachers, deans, and now our government. This is not a philosophical or academic question regarding the responsibilities of higher education administration. It drastically impacts our and our peers’ lives — and now we must pose it to the highest offices in the country.

Today, we 114 survivors of sexual assault ask education secretary Betsy DeVos: Exactly who are you here to serve?

Nevertheless, DeVos chose to enable rapists today at an announcement before a crowd that included no survivors of sexual assault, forcing many to gather on their own in protest.

At one such gathering in Virginia, near DeVos’ speech at George Mason University, the parents of 18-year-old Chessy Prout, who was sexually assaulted in high school, spoke out in protest of the decision.

On Twitter, too, survivors are sharing their outrage over the betrayal by a government that has chosen to give more leeway to violent criminals over their victims:

#DearBetsy I've lost count of the number of times I've been re-victimized as a survivor. You don't have the right to add to it. #StopBetsy

SA survivors: if you're feeling hopeless today, like I am, remember how far we've already come. #StopBetsy pic.twitter.com/Dt0iETMfg8

Once again, correcting the heartless actions of the Trump administration falls to grassroots activists and Democrats in Congress fighting back. Thankfully, survivors and their allies are ready to fight back.