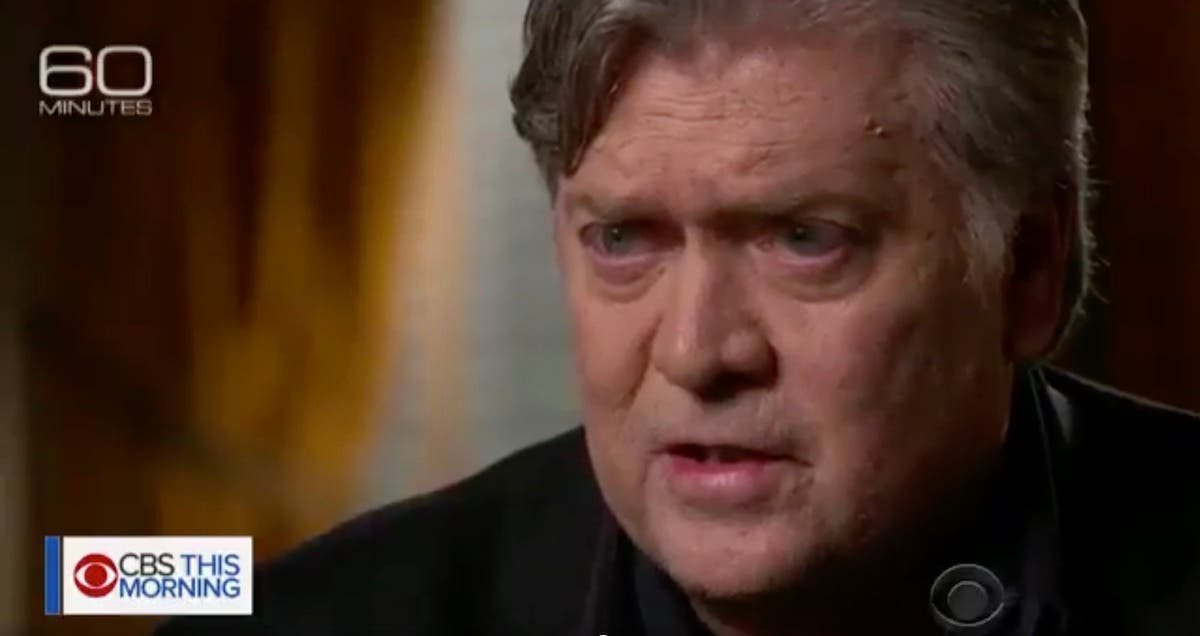 On Sunday, CBS will air Charlie Rose’s interview with erstwhile White House Chief Strategist Steve Bannon. Bannon left the Trump administration this past month, amidst rising tensions between himself and other senior staff and aides.

Since, then Bannon has returned to his former job running of Breitbart News, the alt-right propaganda platform he helped shape into a major force for misinformation during the 2016 election.

In advance of the interview, CBS has released a disturbing snippet. In it, Bannon claims that he doesn’t agree with Trump’s DACA decision, this despite the fact that just two days ago his website used misleading images of the violent gang MS-13 to smear DREAMers. Bannon says he is still a strong supporter of Trump despite their disagreements.

Charlie Rose points out that a prominent Catholic bishop opposes Trump’s DACA decision. Bannon, purportedly a Catholic, then launches into an unhinged conspiracy theory rant, in which he alleges that the Church supports DACA because they rely on “illegal aliens” to fill their congregations. His comments pander to a virulent strain of Anti-Catholic sentiment that stretches back centuries in the United States.

Steve Bannon tells CBS Catholic Bishops are opposed to what's happening on DACA because "they need illegal aliens to fill the churches." pic.twitter.com/WYSyXQYUhJ

If the rest of the interview is even close to as surreal as this teaser clip, it’ll prove to be an insightful look into the ideological heart of Trumpism. It’s worth noting that although much mythologizing has centered around Steve Bannon as a kingmaker and brilliant strategist, he comes across more as a sputtering, old, paranoid white nationalist. Far more raspy than Rasputin.