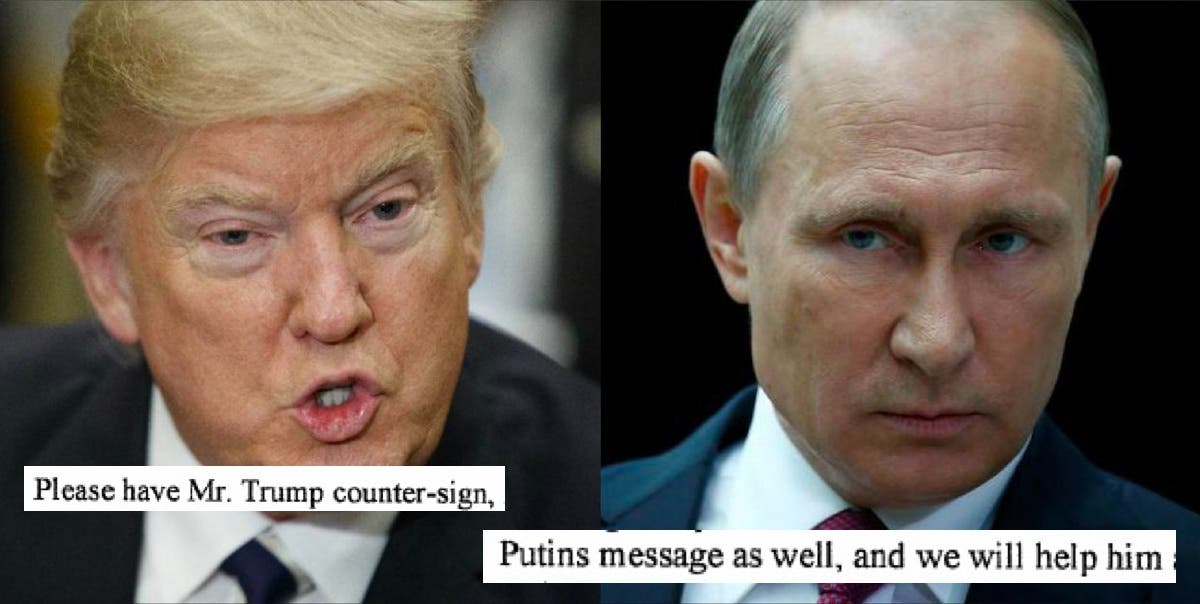 Donald J. Trump has stated in the past that he has had no business dealing with Russia.

It was later revealed that Trump’s repeated protestations were outright lies. At the very least Trump sought to build a Trump Tower in Moscow. Felix Sater, a Trump associate went as far as to brag in an email that the real estate deal could get Trump elected.

“Our boy can become president of the USA and we can engineer it,” Sater wrote. “I will get all of Putin’s team to buy in on this, I will manage this process.”

Now, more details about Trump’s Russian entanglements have come to light. Sater sent a letter of intent to Trump’s lawyer Michael Cohen regarding the purchasing of property upon which to build Trump World Tower Moscow, reports Business Insider. The letter was sent in 2015 and bore the signature of a Russian investor.

The letter of intent was accompanied by a brief email from Sater: 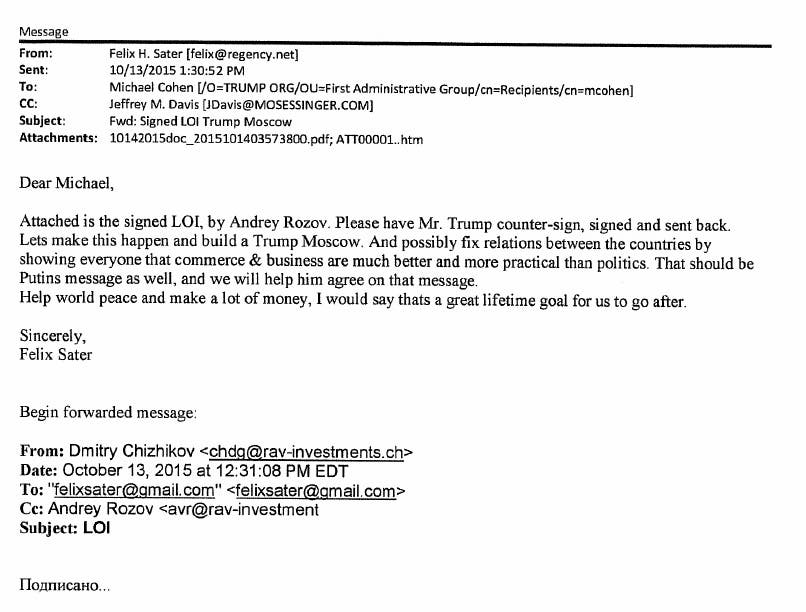 The implication that Putin was involved in with the deal is a major red flag and lends credence to the narrative that Trump and the Russian dictator eventually worked together to undermine American democracy.

Maggie Haberman of The New York Times shared the email, as well as the full letter of intent:

More on the Russia Trump Tower that was planned and dropped, which NYT reported in Feb, the letter of intent here https://t.co/d5q2HlUdnX

While we are well past the point where incredible revelations such as these are still shocking, this information will certainly be of interest to special counsel Robert Mueller as he continues to investigate the ever-growing pile of evidence that the Trump campaign colluded with Russia to steal the American presidency.