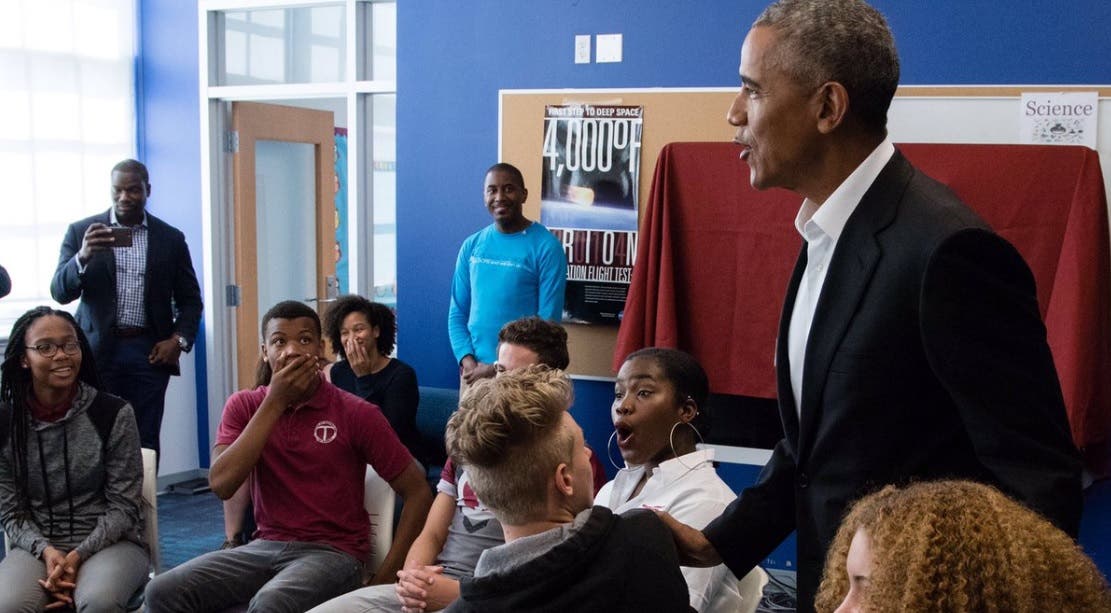 President Obama reminded the nation why he’s so dearly missed on Friday, when he surprised the students of Washington D.C.’s McKinley Tech with a visit on their first day of school.

Proud of these McKinley Tech students—inspiring young minds that make me hopeful about our future. pic.twitter.com/nqYC1mjjTB

While President Trump was relaxing at Camp David after jetting away for an early weekend with his family, Obama was engaging with young students and filling them with inspiration as they start a new academic year.

@BarackObama made a surprise visit to McKinley Tech HS here in DC to welcome back students as they start a new school year. pic.twitter.com/Y64tAE0KBl

The look on this young boy’s face says it all.

It’s so gratifying to see President Obama take the time to make a difference in the lives of young people, even after he leaves the White House – something we can be sure Trump won’t be doing.