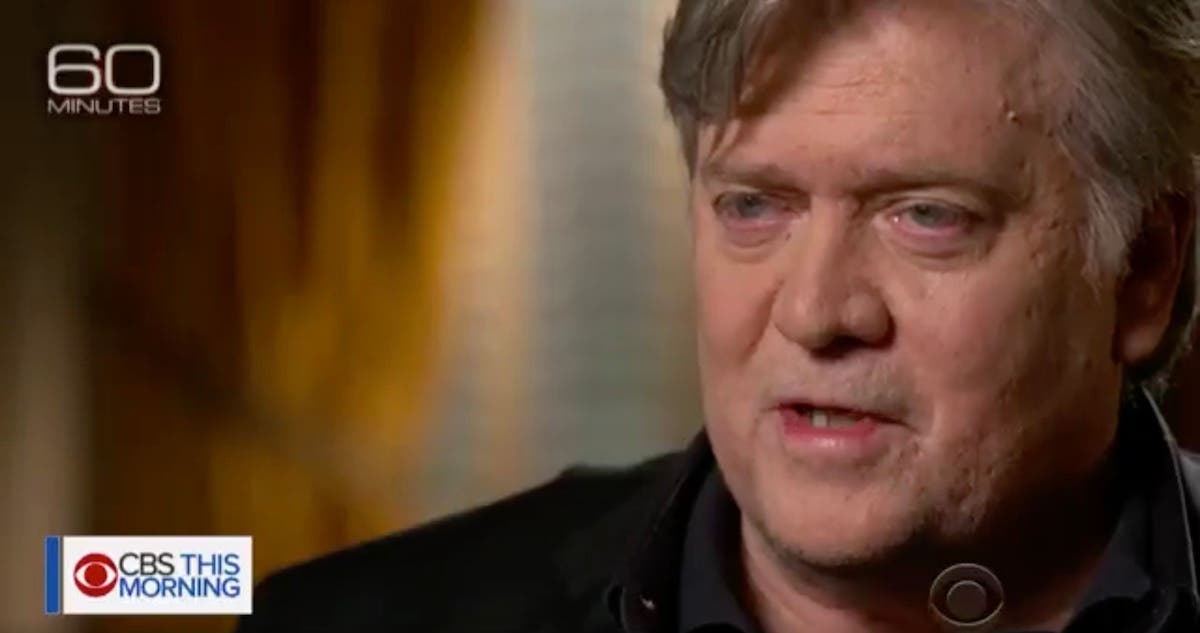 Charlie Rose’s interview of former White House Chief Strategist Steve Bannon airs on CBS this Sunday and judging from the snippets already released, it’s shaping up to be a stunning event.

Bannon has returned to run his alt-right propaganda website Breitbart News and looks to be spewing the same bigoted, ignorant filth in the interview that he pumps out through his publication.

In the latest preview clip, Steve Bannon explains why Governor Chris Christie — a loyal Trump lapdog on the campaign trail — wasn’t offered a place in the Trump administration.

Bannon says that Christie failed to defend Trump on “Billy Bush weekend” when the infamous tape of Trump on the Access Hollywood Bus bragging about sexually assaulting women to Billy Bush leaked. Trump and Bannon expected absolute loyalty, regardless of how disgusting Trump’s behavior was. Christie failed to provide it.

“[New Jersey Gov.] Christie, because of Billy Bush weekend, was not looked at for a Cabinet position,” Steve Bannon tells @CharlieRose pic.twitter.com/zgKbpOfAiJ

The revelation that Christie was passed over for something so petty is hardly shocking, as Trump is well-documented as being a thin-skinned, whining, bully. He can’t handle criticism, and he can’t handle anyone questioning his vile behavior.

Be sure to check out Charlie Rose’s interview this Sunday to get an insight into the putrid, morally bankrupt ideology at the heart of Trumpism, straight from the ruddy, misshapen, white nationalist horse’s mouth.