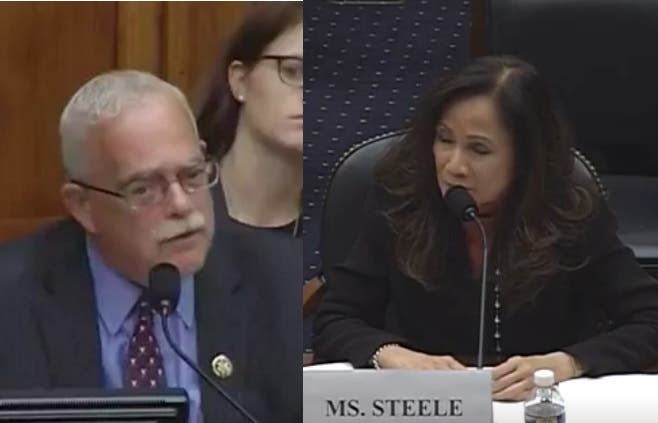 The absurdity Trump administration’s petulant refusal to acknowledge the grim reality of climate change was put on full display this week when a Democrat asked a Trump official a simple question – and she had no answer.

Rep Gerry Connolly (D-VA) was recently interviewing Gloria Steele of the United States Agency for International Development (USAID) when he asked her a simple question about the devastating flooding that has affected 41 million people and put one-third of Bangladesh under water: was climate change to blame?

Steele had no answer.

As the acting assistant administrator to Asia, Steele’s job security is quite vulnerable at the moment – and a wrong answer about climate change could get her fired in a Trump administration that is very hostile to science and empirical facts in general.

But as the United States prepares to deal with the second once-in-five-hundred-year hurricane in two weeks, it’s clear that the consequences of Trump’s slavish loyalty to the interests of fossil fuel corporations are going to be severe.