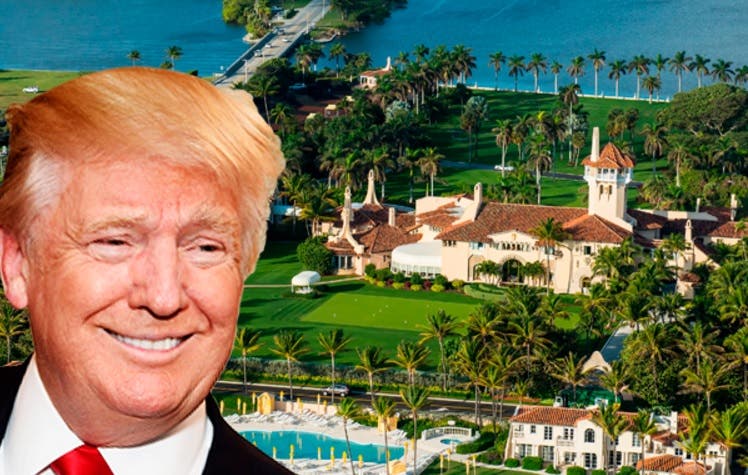 As Hurricane Irma barrels towards South Florida, many Americans have been making jokes about President Trump’s Mar-a-Lago mansion, considering that it would be quite fitting if nature’s wrath destroyed the “Winter White House” of our climate change-denying President.

But it turns out that once again, Trump has figured out a way to put taxpayers on the hook for repairs to his opulent manor.

Mar-a-Lago is federally insured under the National Flood Insurance Program, a “big government” program under which the government insures locations extremely vulnerable to flooding that insurance companies won’t touch, once again demonstrating how the state is forced to step in to cover the failures of the free market economy that Trump loves so much.

But to make matters worse, Trump has boasted about how he’s already used the insurance program to funnel $17 million of taxpayer money into his pocket – even though the Associated Press discovered that the mansion only took minimal damage from Hurricane Wilma in 2005.

“Trump’s description of extensive damage does not match those of Mar-a-Lago members and even Trump loyalists. In an interview about the estate’s history, Trump’s longtime former butler, Anthony Senecal, recalled no catastrophic damage. He said Hurricane Wilma, the last of a string of storms that barreled through in 2004 and 2005, flattened trees behind Mar-a-Lago, but the house itself only lost some roof tiles.

The only permits that appeared hurricane-related were for $3,000 in repairs to storm-damaged outdoor lighting and the vacuuming of sand from the property’s beachfront pool.”

Democratic legislators have proposed a bill – the Prohibiting Aid For Recipients Ignoring Science Act (PARIS) – that would prevent Trump from using taxpayer money to insure his personal properties, but it has unsurprisingly not attracted any support from Republicans.

“It would be outrageous for somebody who is denying the reality of climate, who is undercutting our ability to minimize the effects, to then turn around and be a recipient of federal largess” complained Rep. Earl Blumenthal (D-OR).

President Trump’s administration has been relentlessly waging an anti-climate change crusade on behalf of his backers in the fossil fuel industry, and it’s beyond infuriating that we are going to have to pay to fix his personal playground.