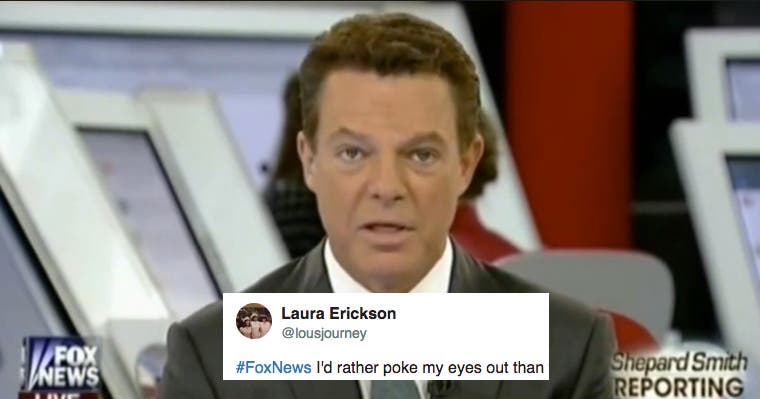 The right-wing bubble that Fox News viewers live in apparently has no room for actual natural disasters that contradict their distorted world view. That’s the only conclusion one can draw from the Twitter comments from Fox News viewers this morning after the network pre-empted the final two hours of “Fox & Friends” for anchorman Shepard Smith’s coverage of the looming disaster that Hurricane Irma is bringing to Florida.

Here’s a quick sample of the reaction from viewers who obviously care more about right-wing banter than environmental crisis:

Hey @FoxNews… NO ONE in Florida wants to hear @ShepNewsTeam talk DOWN at us during #HurricaneIrma!!! switching over to @weatherchannel

Thanks to @ShepNewsTeam switching to @weatherchannel ASAP. 63 M @POTUS voters do not tolerate this piece of Liberal dung. @FoxNews

Dem conspiracy to remove one by one all high profile @FoxNews employees. FACT! Have you noticed? #TCOT #GOP

#FoxNews I'd rather poke my eyes out than watch Shep Smith . I've actually turned on CNN. That's saying something

With Shepard Smith being one of the few Fox News anchors who actually report the news whether it is critical of President Trump or not, apparently that constitutes substantial liberal bias in the eyes of viewers who are so stuck in their alternate universe that they can’t bring themselves to trust Smith’s take on the weather.

Of course, depriving these loyal “Fox & Friends” fans of their daily fix is causing much more hardship for these folks than anything Hurricane Irma can do…unless they happen to live in Florida.