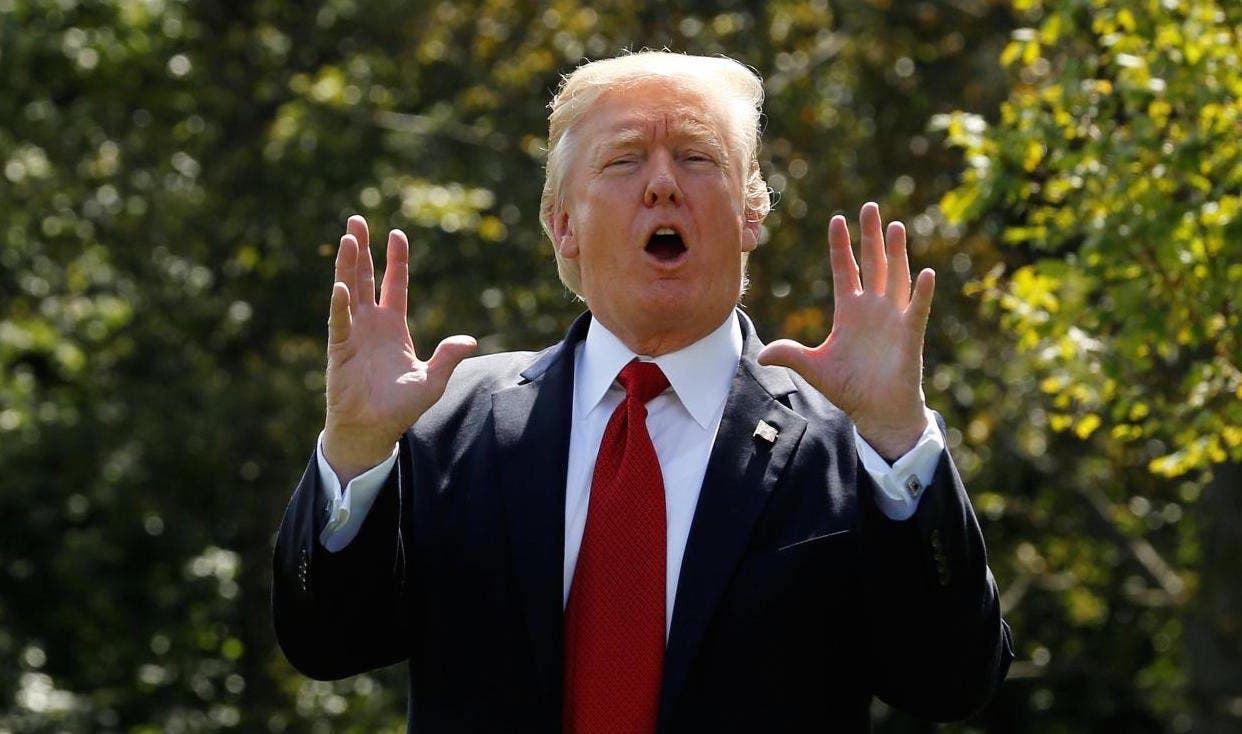 As Hurricane Irma continues to batter Florida and threaten American lives, Trump had the audacity to point out the silver lining of the storm: It is improving the “brand” of the United States Coast Guard.

Likening the Coast Guard to a business in the wake of American lives being lost, Trump commended their branding in a remark as tone-deaf as it is unpresidential.

“What they’ve done — I mean, they’ve gone right into that, and you never know. When you go in there, you don’t know if you’re going to come out. They are really — if you talk about branding, no brand has improved more than the United States Coast Guard,” Trump said.

This is, of course, not Trump’s only gaffe when attempting to compliment the Coast Guard. After Hurricane Harvey struck Texas, Trump simultaneously praised the United States Coast Guard for saving nearly 11,000 people during the hurricane and admonished the media for not “going into winds” that the Coast Guard went into.

Dear media fawning over Trump's Houston do-over.
Enjoy as he rewards you by using a natural disaster to take a shot.pic.twitter.com/vS9idO6cp6 https://t.co/FXGhbHVgJB

“[The media] will not go into those winds. Unless it’s a really good story, in which case they will.”

Trump seemed to overlook the fact that it is not the media’s job to save people from hurricane-force winds. It is, however, the media’s job to report – as safely as possible – from the scene so that Americans can be informed. As a result of their reporting, the nation have been able to donate in unprecedented numbers to the relief efforts.

It should be noted, too, that multiple members of the media were directly responsible for saving peoples’ lives by virtue of their reporting.

As the hurricane causes mass devastation to the Sunshine State, it is wholly unsurprising that Trump can only think about business and, more tellingly, making money. Americans are struggling to stay above water and our “leader” is only concerned with who is going to cash out.