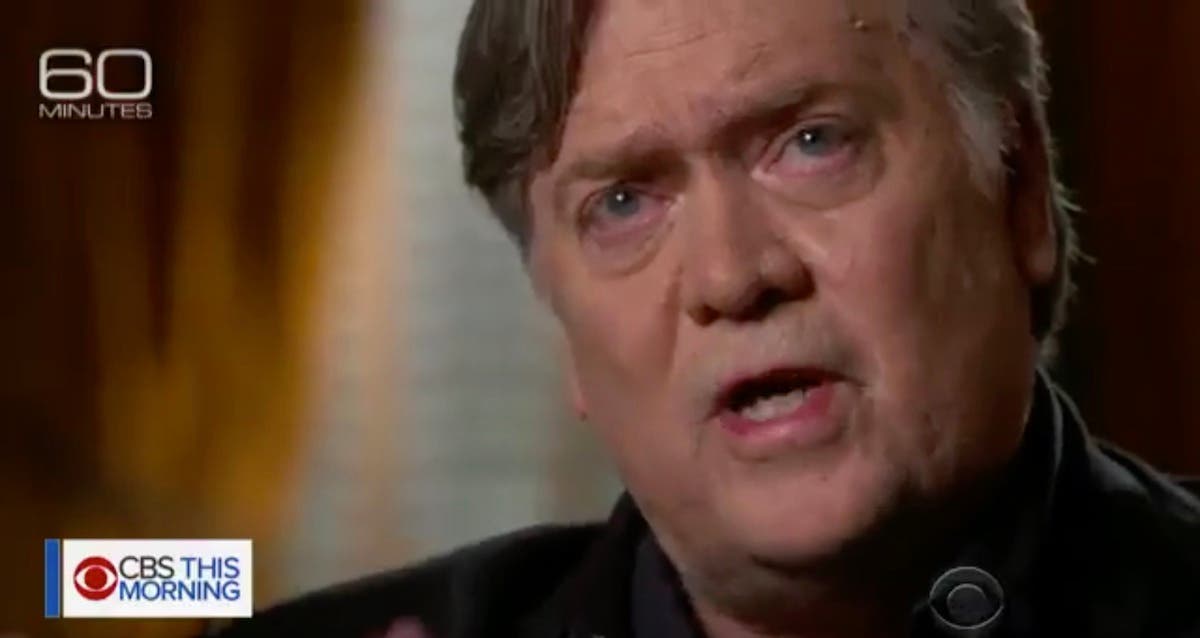 On Sunday, CBS aired its Charlie Rose interview of former White House Chief Strategist Steve Bannon. The alt-right propagandist, who has returned to run Breitbart News, spewed his usual ahistorical, xenophobic filth, giving the entire country a clear view into the putrid ideology coursing through the plaque encrusted veins of the Trump administration.

In the interview, the infamously unphotogenic Bannon looks blotchy and red-eyed. It’s a decidedly unflattering portrait of the man, and it led to a renewed round of speculation that Bannon is a barely-functioning alcoholic. The rumor is still just that, and it’s unclear if Bannon actually has a problem with booze, or if it’s simply become part of his public myth.

Bannon’s appearance and widespread reaction to it have led some far-right pockets to allege conspiracy and state that CBS intentionally doctored his appearance to make him look worse. A video is currently spreading online in which the creator breaks down the images from the interview, and claims that the television network used color grading software to alter Bannon’s complexion.

Color grading is a common tool in video editing used by most networks, and even if it was used it doesn’t necessarily imply an untoward agenda. It’s often used to correct the image captured by the camera so that the final video more closely reflects what things looked like in real life.

If CBS didn’t overgrade the interview, there would be an amusing irony in the fact that right-wing individuals seeking to defend Bannon tacitly admitted that he looks so bad it can’t be his actual appearance.

Decider reports that 60 Minutes responded to the conspiracy theory by saying, “It’s nonsense.”