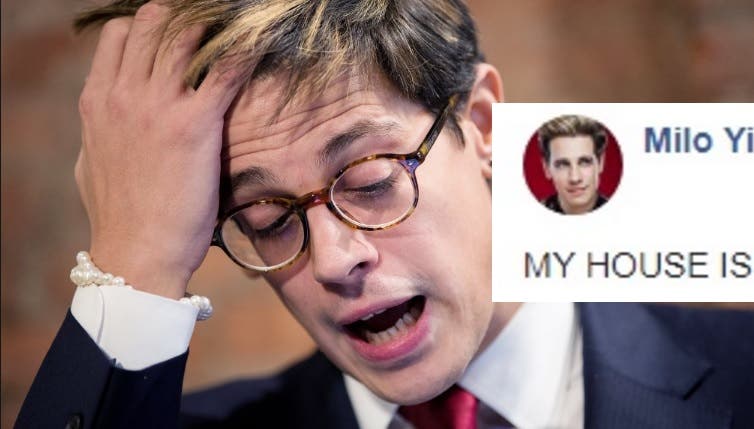 The devastation of Hurricane Irma is a tragic event, to be sure, but there’s always a few rays of sunshine in the clouds of a historic storm.

Notorious alt-right poster boy, racist, and pedophile apologist Milo Yanniopoulos took to Facebook today to complain that his house has been washed away. It couldn’t have happened to a more deserving person.

Milo was permanently banned from Twitter for organizing a targeted harassment campaign against actress Leslie Jones, called a Buzzfeed reporter a ““thick-as-pig shit media Jew”, says Islam and feminism are “cancers,” along with a lengthy laundry list of similarly appalling statements and actions.

He’s also written columns for Breitbart in which he slams climate-change scientists as “hypocritical alarmists.”

Now unemployed after a video surfaced of him defending pedophilia, it appears he is homeless as well.