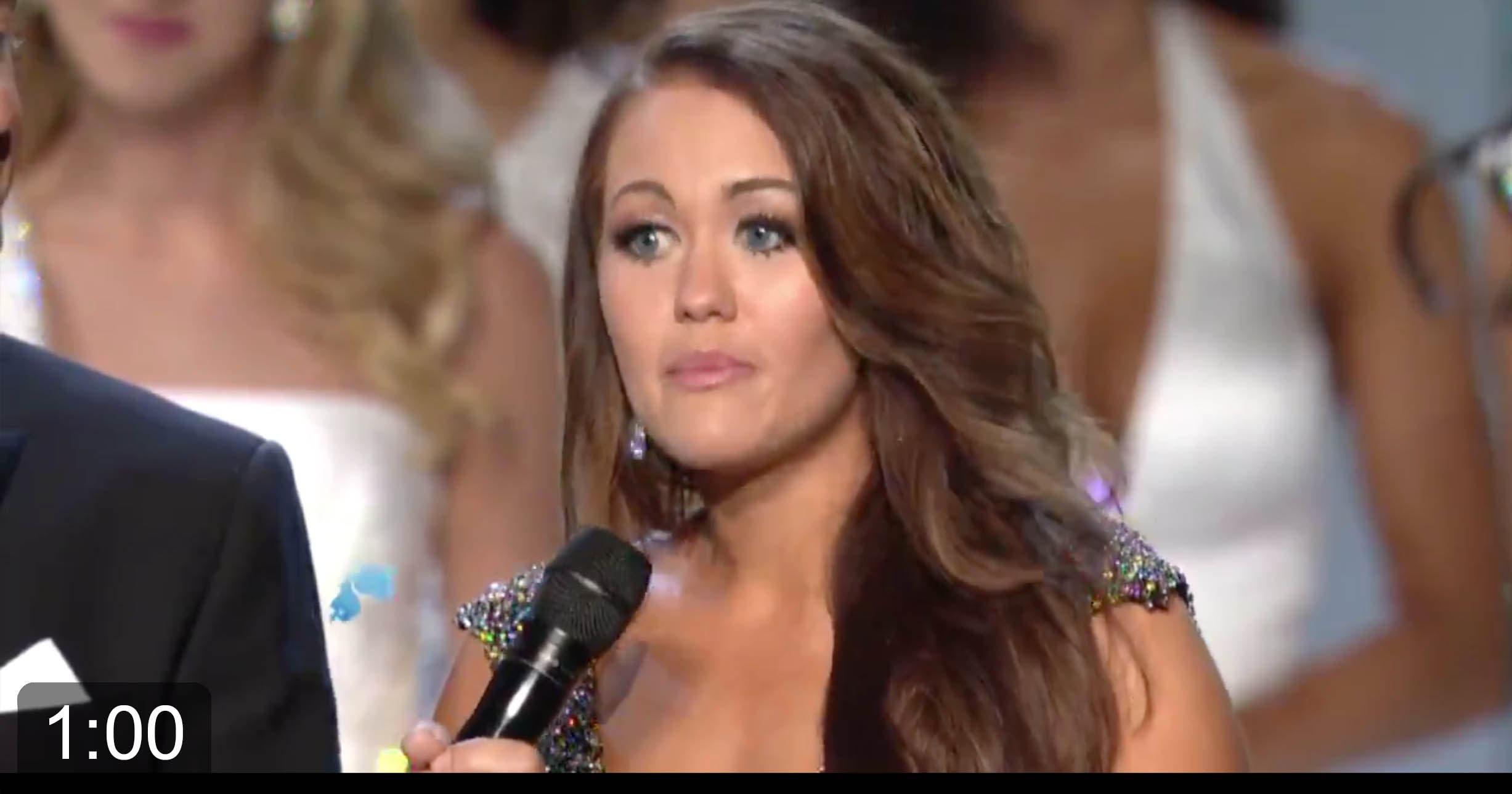 Pres. Trump Just Talked Through A Moment Of Silence For 9/11 Victims

As the owner of the Miss USA beauty pageant, Donald Trump spent the better part of two decades harassing young women, walking into dressing rooms unannounced and treating contestants like property. Tonight, pageantry has begun to get its revenge, humiliating the now-president with the eyes of the world watching. (Video below.)

Minutes before being crowned 2018 Miss America, Cara Mund was asked if Trump made the right call by abandoning the joint efforts of the rest of the world to combat climate change when he withdrew the U.S. for the Paris Climate Accord.

She was unequivocal in a response that was interrupted by a burst of applause. Mund let Trump have it for ignoring the evidence and vacating America’s seat at the table.

Congratulations to the new Miss America. You are already making us proud.