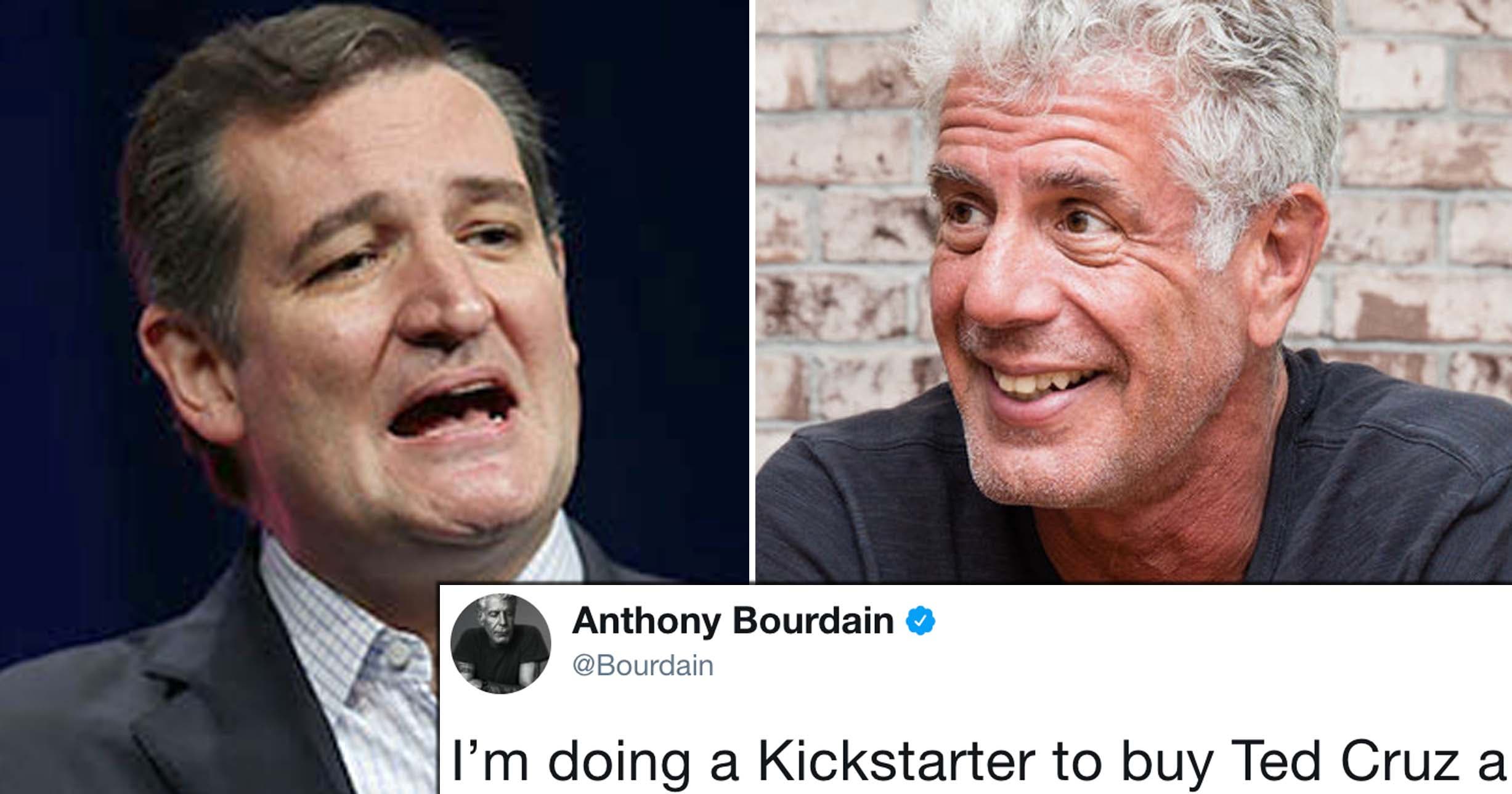 Today, the anti-masturbation evangelist said it was all just an error by a staffer, but the damage was already done. Tweeters have been having a field day raking America’s least liked Senator over the coals.

No one has done a better job than celebrity chef Anthony Bourdain, who went so far as to say he was setting up a crowd-funding site to buy Cruz a sex toy.

To be clear, whatever happened last night with Ted Cruz, it is so far down the list of horrible things he has done, it is barely worth a mention. That being said, there is never a bad excuse for calling out Cruz for the creep he is.

I’m doing a Kickstarter to buy Ted Cruz a Fleshlight