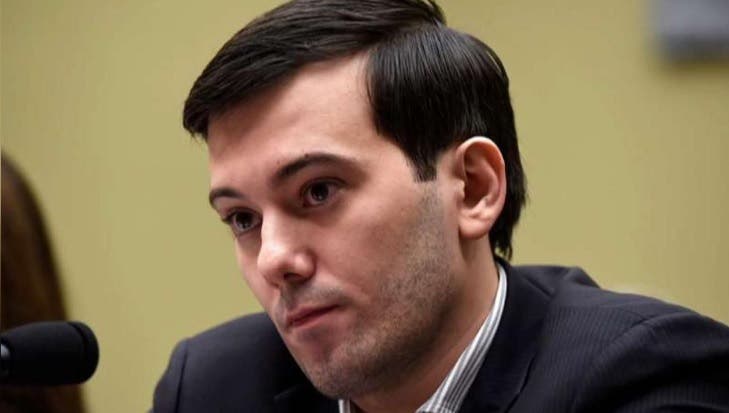 Convicted hedge fund investor Martin Shkreli – the notorious “Pharma Bro” – was reduced to begging a federal judge for his freedom today, according to a CNBC reporter.

Shkreli caused a Secret Service investigation into his “prank” offering of a cash bounty for strands of former Secretary of State Hillary Clinton’s hair, which prompted them to increase her security contingent in response.

The infamous Martin Shkreli was convicted on three out of eight felony charges of defrauding his investors last month. In constant need of more attention, Pharma Bro decided to troll for attention on Facebook when on September 4th he offered $5,000 per hair to anyone who plucked hairs from Mrs. Clinton on her book tour.

Now, federal prosecutors have asked the court to revoke Martin Shkreli’s bail, forcing Shkreli to defend his unseemly harassment of Clinton. Shkreli’s letter contains a formal, legalistic apology to Mrs. Clinton with facetious claims that he didn’t really want to promote a campaign of harassment.

Shkreli’s lawyers argued to the judge that his incitement of harassment against Mrs. Clinton was “tasteless” but no different than Kathy Griffin’s video holding a replica, severed Donald Trump head caked in blood.

Shkreli’s lawyers even pointed to President Trump’s threats against Hillary Clinton on the campaign trail as an example of acceptable behavior.

This isn’t the first time that Martin Shkreli has caused trouble for himself by obnoxious behavior on social networks, having been banned from Twitter for harassing Teen Vogue editor Lauren Duca.

Hillary Clinton did nothing to deserve harm from Shkreli’s desire to lash out after federal prosecutors convicted him of scamming his investors, then getting lucky enough that his next, diabolically cruel venture into pharmaceuticals worked out.

Because Shkreli’s careless remarks on Facebook to his 92,000 followers caused the Secret Service to waste its limited manpower policing the threats he incited, there’s a good chance that now the Pharma Bro will lose his freedom while awaiting sentencing.

Here is what Shkreli’s lawyers told the court: