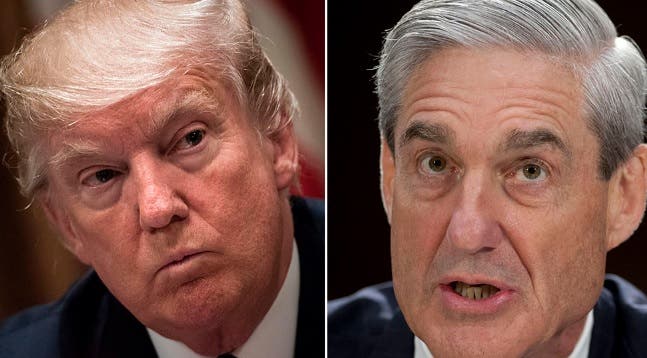 Special Counsel Mueller’s investigation into President Trump and his campaign team’s alleged efforts to collude with the Russian Federation in order to tilt the 2016 election in his favor is kicking into overdrive – and worried Republicans say it looks like he’s “going in for the kill,” according to new reports from Axios.

President Trump’s decision to fire FBI Director James Comey, along with his private meetings and communications with other senior intelligence community figures about the Trump-Russia investigation, indicate that Trump went out of his way to obstruct justice and throw a wrench into the investigation into his team, his sons, and his personal finances, and himself.

Trump, not used to having to obey rules or being told he can or cannot do things, attempted to slow the Trump-Russia investigation with his characteristic impulsiveness and a complete disregard for the legal and ethical protocols of government. Mueller has found the obstruction of justice angle

2. The “angry, meandering” draft White House justification for firing Comey — which was never released, but obtained by Mueller — could be used as evidence of Trump’s unvarnished thinking when venting to staff.

3. Legal fees, with white-collar attorneys charging $1,000 an hour, get cripplingly expensive pretty quick. Watch for outside legal defense funds to pop up quickly.

No matter what happens, this is going to be extremely painful for Trump and his spoiled scions – financially speaking, anyway.

4. The investigation’s financial dimensions are worrisome. The focus on Michael Cohen, a Trump lawyer and confidant whose business dealings are intertwined with the president’s, has been particularly troubling for those in Trump’s close orbit. Cohen dealt with some colorful characters. And when plans for the Trump Tower in Moscow are fully picked apart, other questionable Russian characters may be drawn in.

On top of the obstruction of justice charges facing him, Trump’s own past could come back to haunt him in a big way as Mueller dives deep into the Trump family finances – and we know there are a lot of skeletons buried there.

Trump is incapable of completing any kind of business deal without exploiting a loophole or extorting workers or simply not paying for the services received, and his refusal to release his tax returns indicates that there is a lot of dirt to be found there.

Trump’s goose is cooked no matter which way he turns.