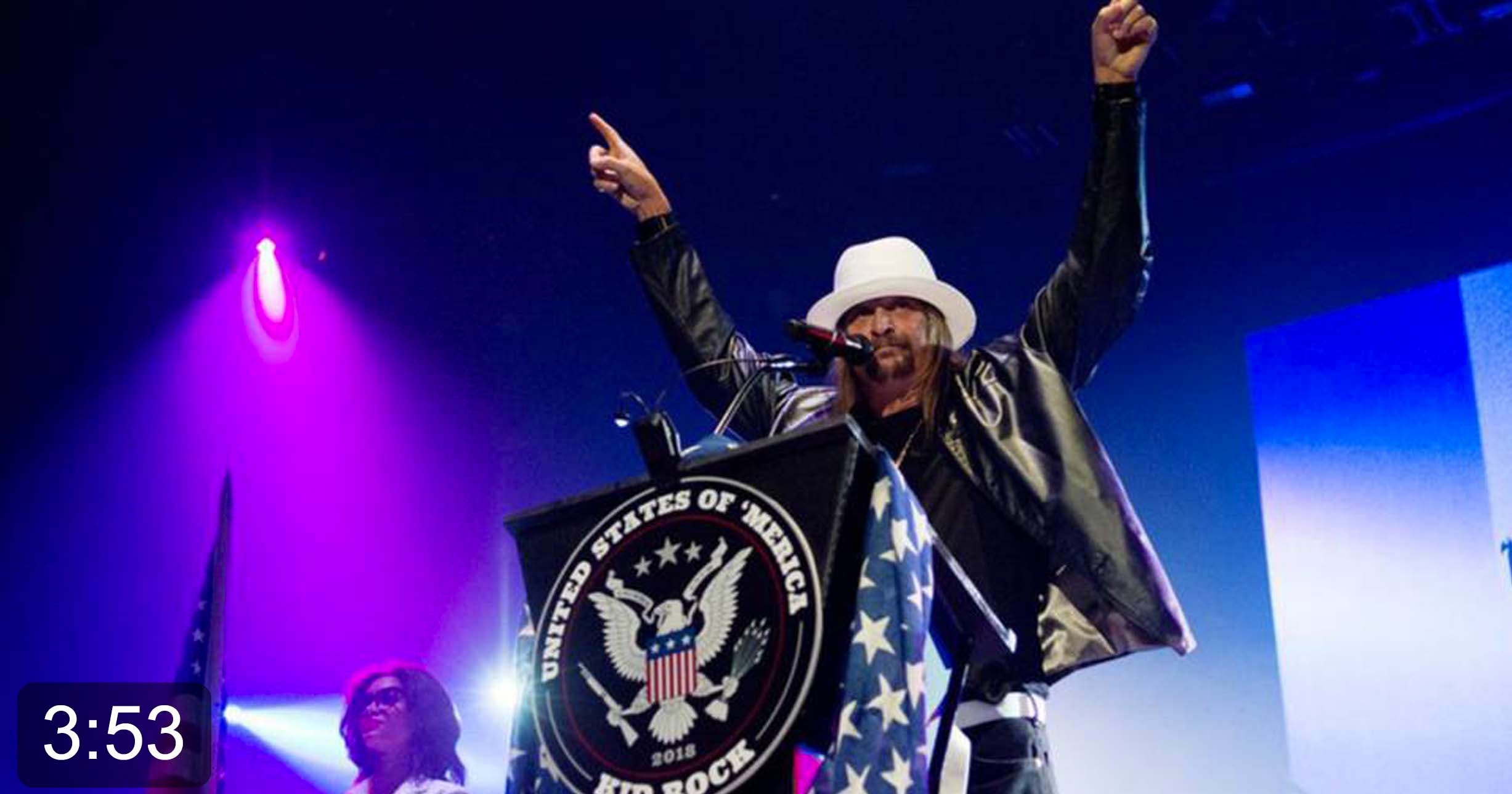 Robert Ritchie, better known as Kid Rock, is an arrogant bigot and a political novice with no concept of the workings of government. So after the election of President Trump, it’s only natural that he would see himself as qualified to run for office.

Last night, at a concert in his home state of Michigan, he took a step in that direction, walking on stage to an introduction as “the next senator from the great state of Michigan” and delivering a profanity laden, Kid Rock version of a campaign speech (video below).

Ritchie, who has not declared his candidacy for office, began the speech begins with a cluster of contradictions. He complains that the government wants to give everyone healthcare but expects everyone to pay for it, then says he doesn’t have a problem with it.

He goes on to complain about government support for impoverished families, saying, “Read my lips: We should not reward those who can’t even take care of themselves but keep having kid after f—ing kid.” Then he says, “Of course, of course we should help them out. I don’t want to stand here and sound like a jerk.”

Mission not accomplished. After playing both sides of a handful of political coins, Kid Rock derided Black Lives Matter and said “call me a racist because I’m not PC” before wondering aloud “why, these days, is everything so gay?”

“Gay rights, transgender this and that,” he continued. “I say let gay folks get married if they want to and I’m not even close to a deathtrap. But things shouldn’t be this complicated, and no you don’t get to choose because whatever you have between your legs should determine the bathroom that you use.”

Kid Rock finished with an unconventional selling point, at least managing not to offend anyone specifically as he asked, ” Cause wouldn’t it be a sight to see, President Kid Rock in Washington DC? Standing on the desk in the Oval Office like a G. Holding my d**k ready to address the whole country?”

The contradictions, the bigotry, the incessant and profane rambling — Kid Rock must be making his political mentor in the White House proud. The problem is, Trump has been such a disaster in his first eight months as president that Kid Rock has found himself tying his political fate to the least popular first-year president in modern history.

If Kid Rock wants to keep spewing hate, he’ll likely have to do it outside Capitol Hill.