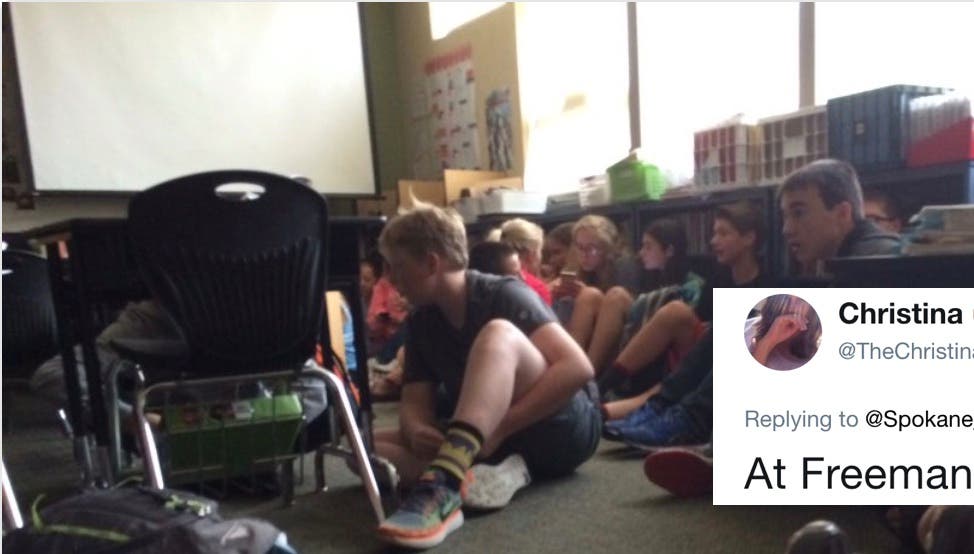 A shooting has occurred at Freeman High School just south of Spokane in Rockford, Washington. Journalist Edward Lawrence reports that three people have been injured, with one possible fatality.

There’s been a shooting at Freeman High School in Spokane, WA. 3 injured. One person possibly dead. Suspect has been arrested. #breaking

Details are still unclear, but police and emergency vehicles have responded to the scene.

FOX News reports that the suspect may already be in custody.

Our thoughts and hearts go out to the victims, and hopefully, injuries, not deaths, are the worst that will come of this tragic event.

There have been 142 school shootings in the United States since 2013, according to a study by Everytown for Gun Safety and Moms Demand Action for Gun Sense in America. The number is unacceptably high, and the fact that some of the most vulnerable members of our society, children, are at such high risk means there is a moral imperative to take action. America needs to have a difficult discussion about its gun laws, and take serious steps to prevent these kinds of tragedies.

This story will be updated as details come in.