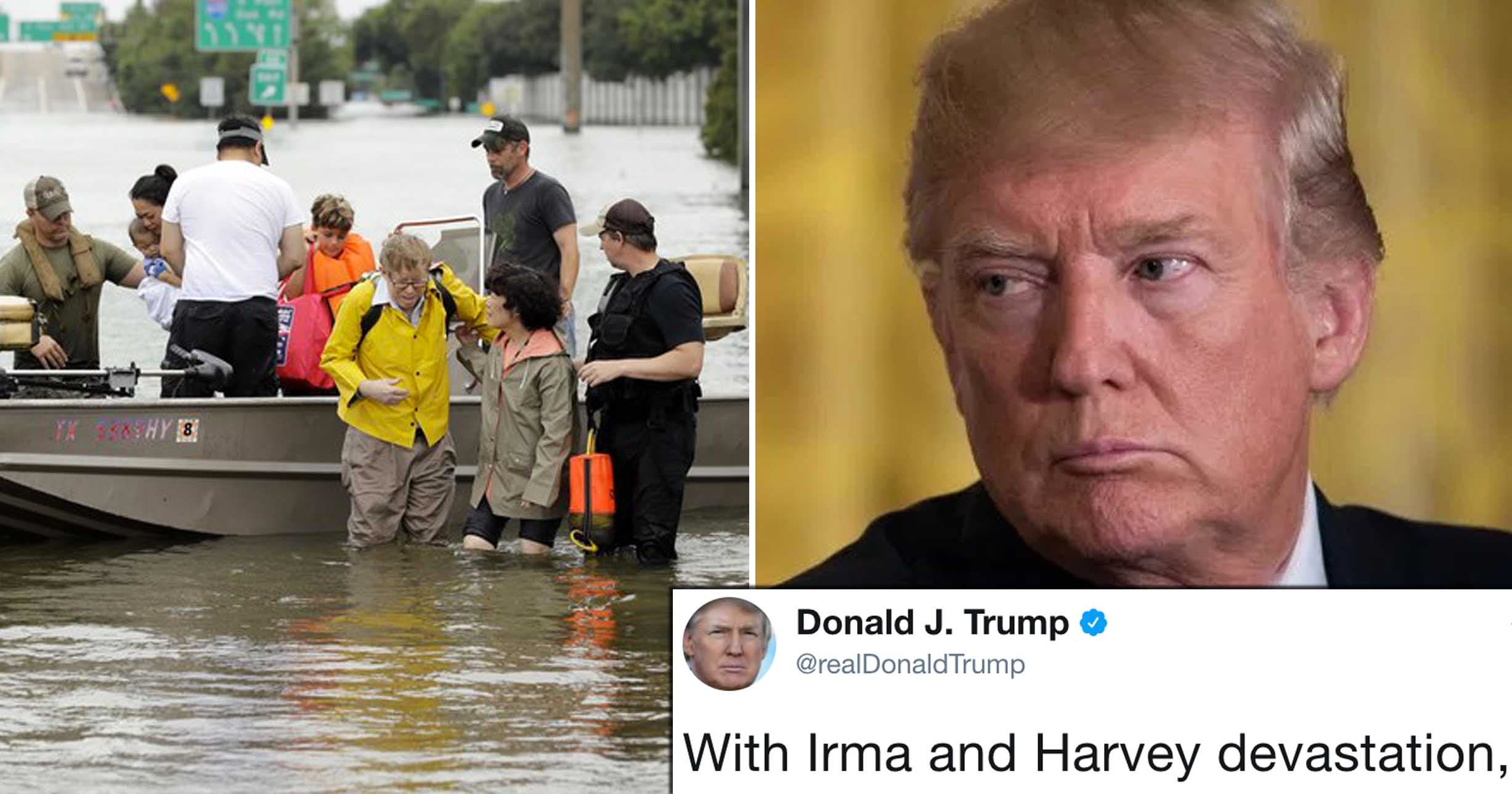 “No matter what the problem, the Republican solution is tax cuts for the wealthy.”

The statement has been thrown around for years as a half-joke, but President Trump is apparently taking it literally. (Tweet below.)

This month, in the wake of devastation from Hurricanes Harvey and Irma, Trump and his Republican enablers in Congress have their sights set on rewriting the U.S. tax codes to give millions of dollars to the richest among us at the expense of vital infrastructure and safety net programs depended on by millions of vulnerable and working Americans nationwide.

Analysis has shown that the Republican tax plans would help the wealthiest Americans fatten their coffers to a tremendous degree, while any benefit to the vast majority of families will be more than offset by increased hardship due to the required cuts.

Those cuts will include things like infrastructure spending, healthcare, and education — the things devastated communities depend on to rebuild from natural disasters.

And yet, Trump this morning created a nonsensical link between the two, insinuating that hurricane relief would depend on Congress’ ability to pass his destructive and regressive cuts.

Pretending that tax cuts for the wealthy will make recovery easier is shameful, and holding hurricane relief hostage to this needless nod to the greed of the privileged few is downright cruel. For the presidency of Donald Trump, however, it is par for the course.

With Irma and Harvey devastation, Tax Cuts and Tax Reform is needed more than ever before. Go Congress, go!