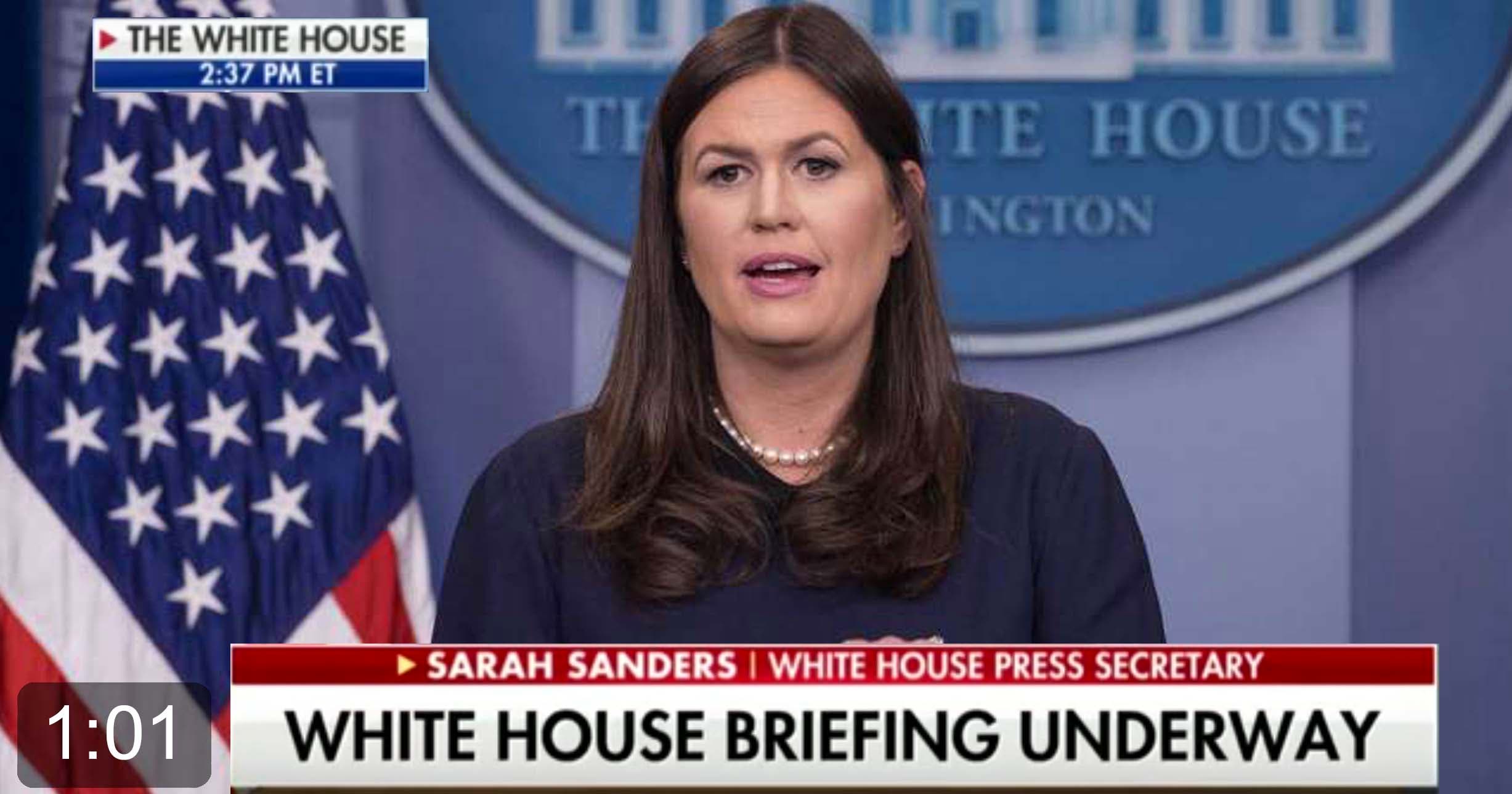 Yesterday, African American Sports Center host Jamele Hill took a big step into the political fray when she tweeted, “Trump is the most ignorant, offensive president of my lifetime. His rise is a direct result of white supremacy. Period.” She added that Trump “has surrounded himself with white supremacists” and “empowered white supremacists.”

Today, the White House struck back and in the most un-American of ways, suggesting that Hill, one of the few prominent African American women on air sports reporters, should be fired for her remarks. (Video below.)

Asked why so many African Americans are criticizing Trump’s response to a growing plague white supremacist violence, Sanders pulled out the “I have black friends” excuse.

“I know the president has met with people like Senator [Tim] Scott, who are highly respected leaders in the African American community,” Sanders said.

Setting aside for the moment, the pathetic nature of the defense or that Senator Scott (R-SC) is not well respected outside of Republican stalwarts, the GOP’s lone black Senator has been openly critical of Trump’s handling of white supremacy as well. The meeting she referred to was only scheduled after Scott responded to Trump’s comments on white terror by saying the presidency’s “moral authority is compromised.”

Again, the Trump regime has descended without hesitation into the tactics of despotic tyrannies, not so subtly urging an independent business to censor and punish critics. This not only goes against American principles but also, at least in theory, Republican dogma, which states that government should stay out of private enterprise.

Republican principles, however, have proven time and again to be principles of convenience. Don’t hold your breath waiting for Trump’s congressional enablers to take a stand against their party’s president — even when he poses a dangerous threat to their so-called core values and the future of our republic.