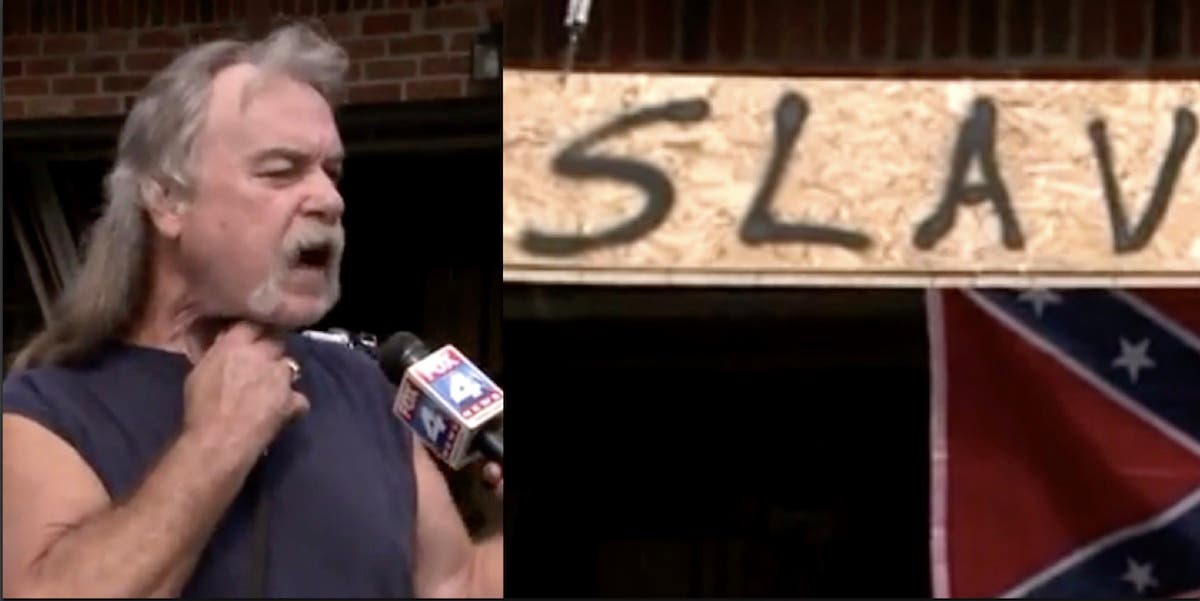 In the manufactured alternate reality in which Republicans live, few myths are as enduring as the idea that the American Civil War was fought over “states’ rights” rather than slavery.

These Confederacy apologists conveniently ignore the fact that numerous southern states explicitly named slavery as the reason for their secession, and the only “state right” really being disputed between the north and south was the southern states’ “right” to own slaves. It’s a matter of historical record, not an issue for debate.

Now, a Neo-Confederate has taken this Republican delusion to a new low. Richard Geisenheyner of Missouri hung a sign saying “Slaves 4 Sale” above a Confederate flag in front of his house, reports FOX News. He took the sign down on Tuesday, after public outcry. “If people actually believe that a Confederate flag stands for slavery, well, I might as well be just as stupid as they are,” Geisenheyner says, completely oblivious to the fact that he’s already far more stupid than the people he despises and pushing a demonstrably ahistorical narrative. Flying the Confederate flag is an implicit defense of slavery and the traitors who killed and died for it.

Geisenheyner claims to be making a political statement with the sign. “It is for people that are tired of the government telling them what to do and what to think. That is what a Southern rebel is,” he says.

Some of his neighbors were less than pleased, ranging from mocking apathy, to outright anger.

“His rebel flag don’t have a damn thing to do with me, wave it all you want. This idiot with his slaves for sale, are you fricking kidding me?” said one man, according to FOX.

The most stunning part of this entire sordid affair is how not stunning it is. Overt racism is now commonplace, thanks to the ascension of an avowed white supremacist to the presidency. The worst elements of American society feel emboldened to voice their hatreds.