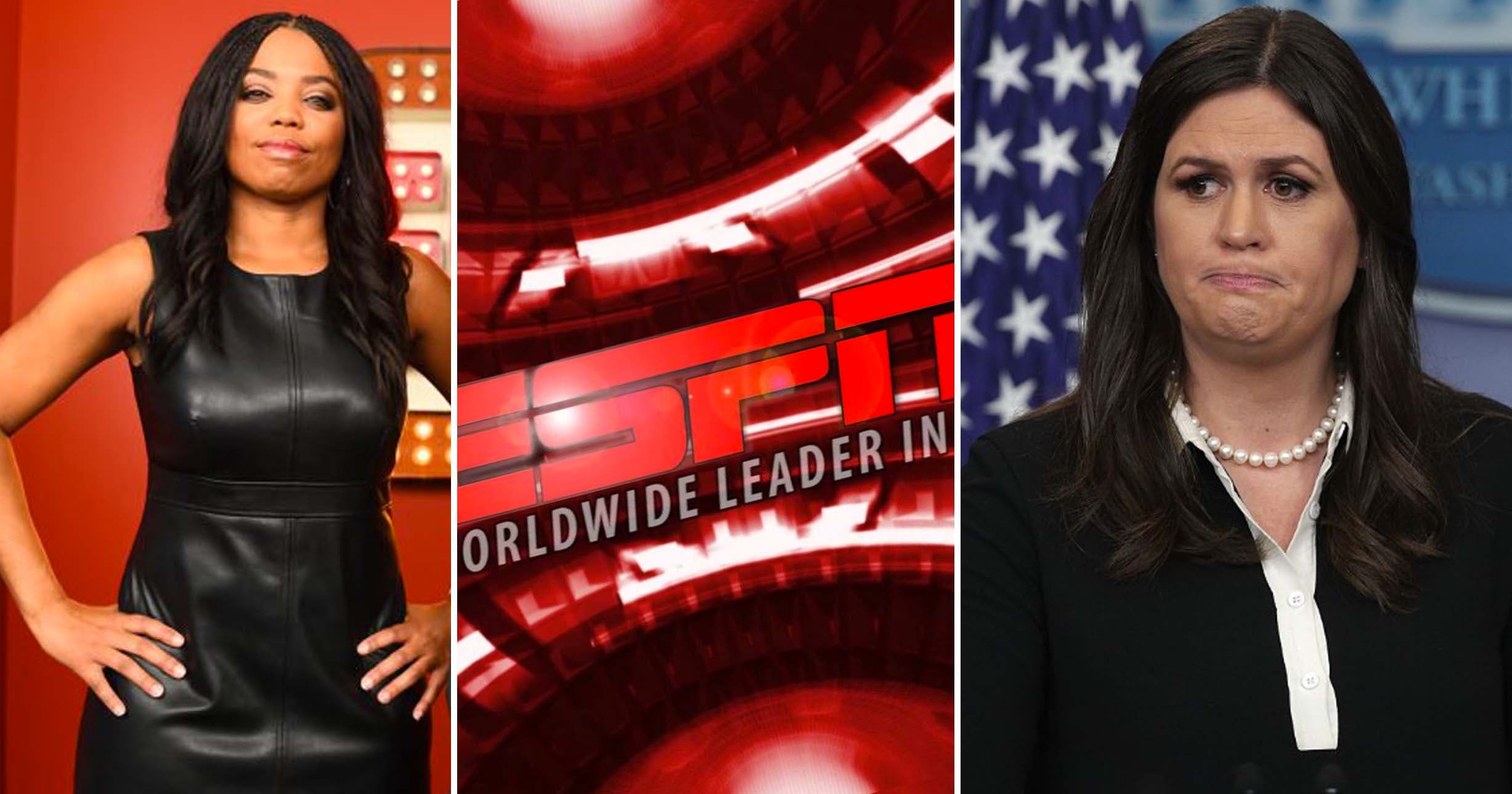 ESPN never released an official statement on the matter, but two source within the company revealed to ThinkProgress’ Lindsay Gibbs how executives responded behind closed doors. Gibbs writes:

“ESPN originally tried to keep Hill off the air on Wednesday evening, but [SportsCenter co-host Michael] Smith refused to do the show without her, the sources said. Both sources also said that producers reached out to two other black ESPN hosts, Michael Eaves and Elle Duncan, to ask them to serve as fill-ins for the show — but Eaves and Duncan did not agree to take the place of Hill and Smith, either.”

It was only after the black hosts refused to replace Hill that ESPN asked her to do the show as scheduled.

And while Hill has not commented on the hosting controversy directly, she did express appreciation for the men in the National Association of Black Journalists who supported her:

Love that my @NABJSports brothers came to check on me pic.twitter.com/a02nKHYmjK

To Hill’s immense credit, last night’s show went off without a hitch. Conducting herself professionally and epitomizing dignity and grace, Hill never let on that anything was amiss.

For its part, ESPN has declined to confirm the story with SportsCenter’s senior vice president for news and information, Rob King, telling ThinkProgress:

“Yesterday was a hard and unusual day, with a number of people interpreting the day without a full picture that happened. In the end, ultimately, Michael and Jemele appearing on the show last night and doing the show the way they did is the outcome we always desired.”

If true, that ESPN sought to replace Hill in response to the public request from the White House, it would be a shameful act of cowardice. Let’s not forget, however, that the real disgrace is a president who uses his bully pulpit to punish his critics.

That and a Congress who continues to enable him.