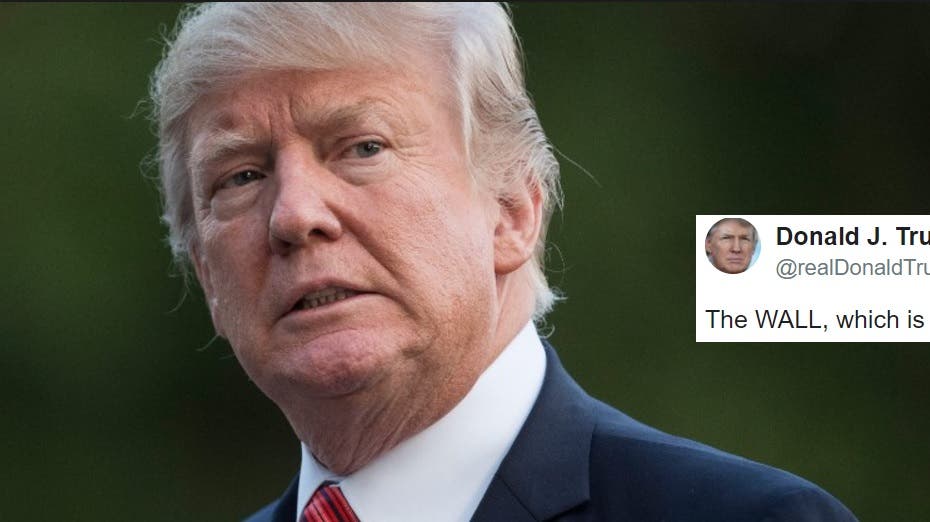 Last night, Senate Minority Leader Chuck Schumer (D-NY) and House Minority Leader Nancy Pelosi (D-CA) emerged from their dinner with President Donald Trump proudly proclaiming that they had secured a deal to protect the DREAMERs (undocumented immigrants brought to the United States as children) without having to give on funding for the border wall.

Naturally, Republicans were furious, so the President quickly took to Twitter this morning to try to do some damage control.

Showing once again that he is incapable of holding fast to anything and changes his statements and opinions based on who he’s talking to, Trump proclaimed that actually, there was no deal made last night, and had some big talk about border security.

No deal was made last night on DACA. Massive border security would have to be agreed to in exchange for consent. Would be subject to vote.

He then went on to offer a hilarious excuse for not securing the funds for the border wall, which was his biggest campaign promise during the election that eight months into his presidency he has yet to move on.

The WALL, which is already under construction in the form of new renovation of old and existing fences and walls, will continue to be built.

Statements like this show a glimpse into Trump’s narcissistic psyche, forced to phrase everything in a self-congratulatory manner no matter how outrageous the statement might be.

We’re pretty sure his fans, who were promised “a big beautiful border wall.” are not going to be pleased to hear that the wall they’ve wanted so very badly is going to be just “renovations.”