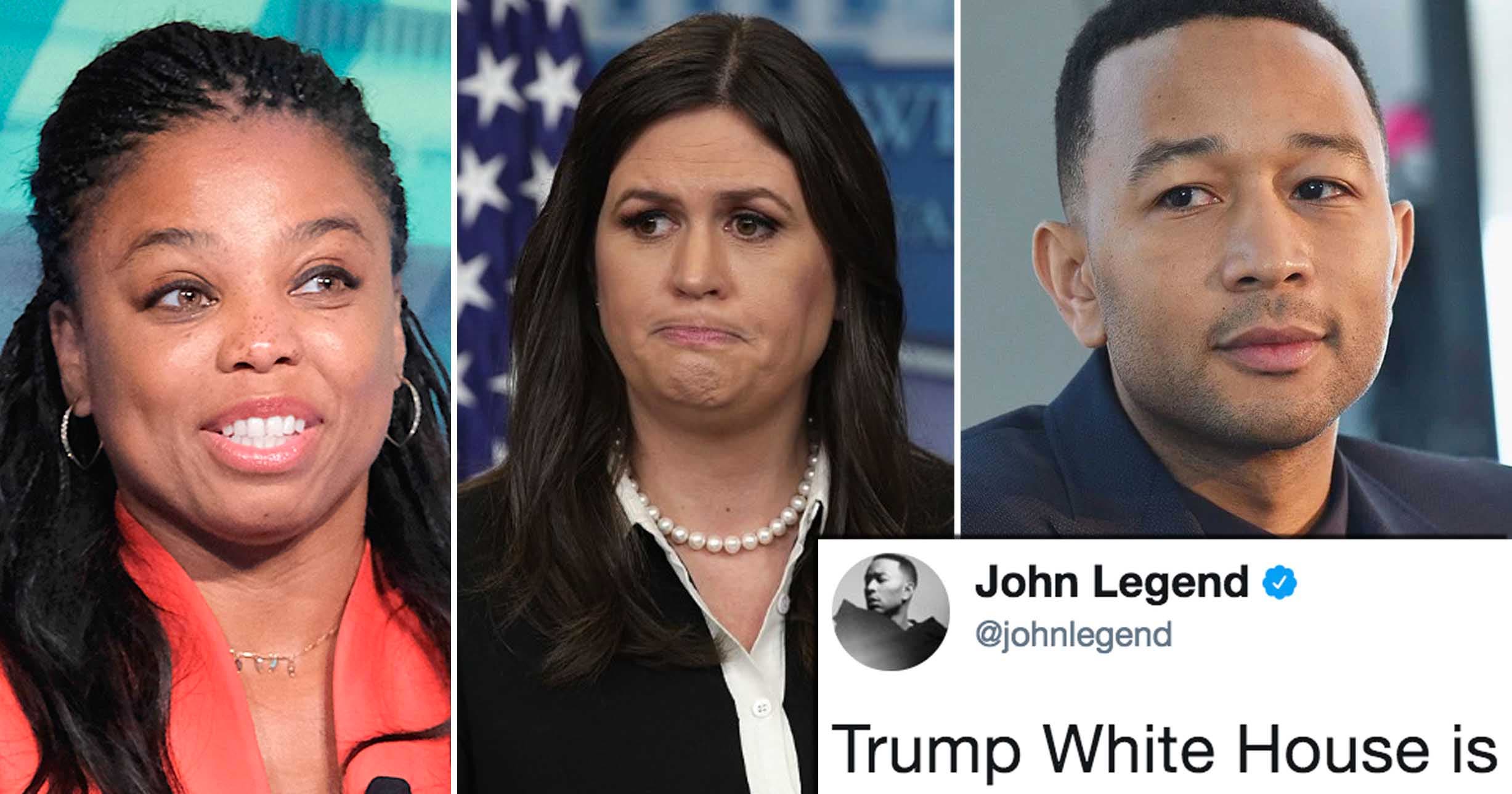 The renowned musical icon, the aptly named John Legend, as he often does, saw the despicable display and responded with the perfect tweet (below).

The White House’s un-American attack on free speech from the highest office in the land — and against a woman of color — has again sounded the alarm bells over a president whose despotic tendencies are rivaled by his rampant misogyny and racism.

We should all be concerned by the president’s incessant attacks on critics and the truth. Thanks to Legend for succinctly and perfectly expressing the glaring problems in the Trump White House.