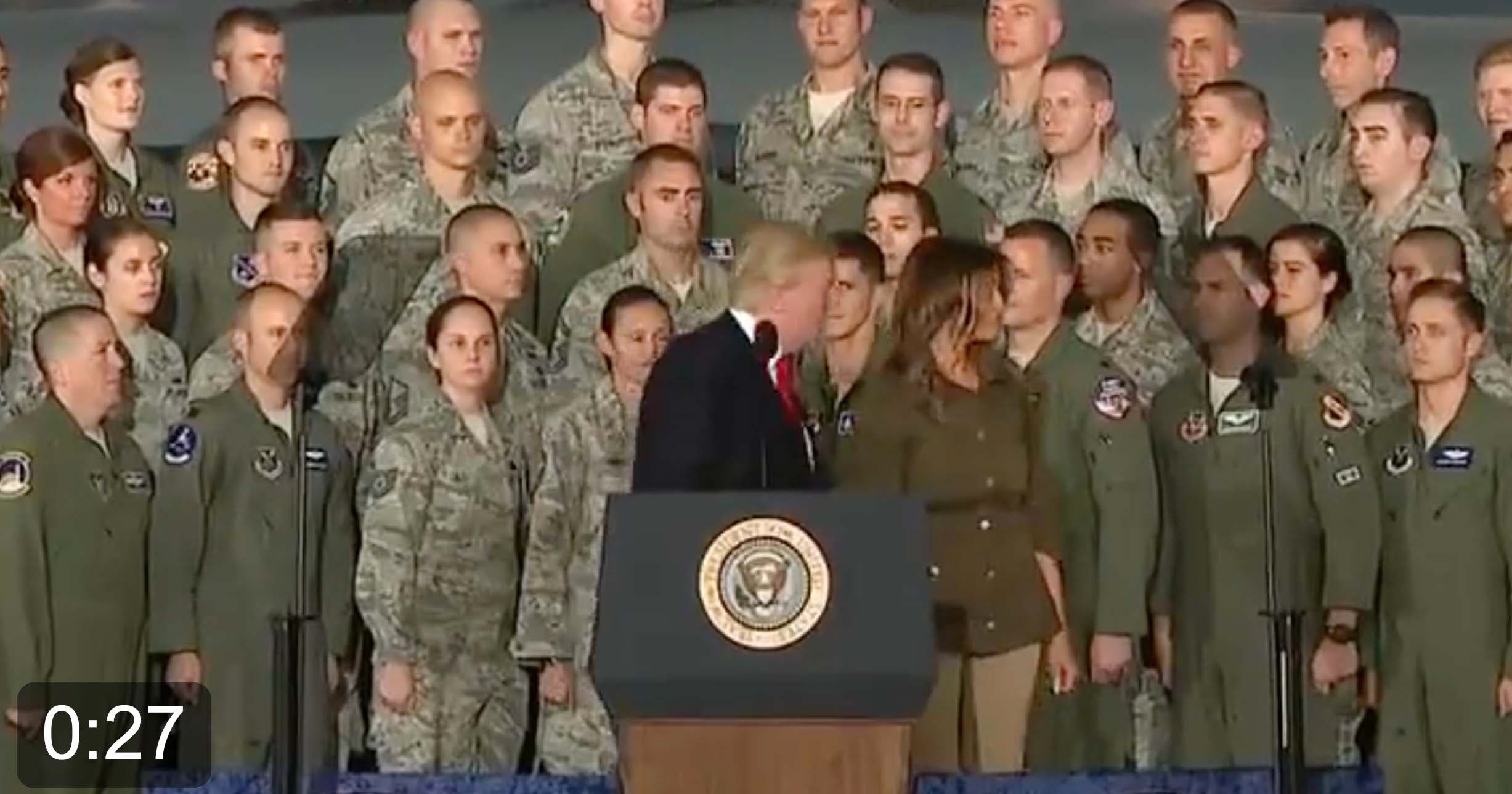 Today at a speech commemorating the 70th anniversary of the U.S. Air Force, President Trump had the honor of being introduced by his wife.

But you wouldn’t have known it to watch the introduction. (Video below.)

The First Couple has had their share of public rejection, with Melania appearing to refuse to allow Trump to hold her hand on several occasions, most notably on the red carpet while deplaning Air Force One in Israel.

The latest episode indicates that the First Lady has gotten her point across to the President that she does not want to be touched by him, at least not in public.

After the First Lady introduced the president, the two shared what could at best be described as an amicable handshake, after which Melania turned away from her husband as he tried to talk to her. As she walked away, he reached out to touch her and she kept walking.

On the campaign, the couple seemed quite content with public displays of affection, and Share Blue’s Oliver Willis notes that presidents have long felt comfortable with modest displays with their spouses:

Whether this is a sign that there is trouble in paradise or the affection between them on the campaign was an act, we can’t say for sure. We do know this however: If Melania has decided to keep her husband at arm’s length, she’s made the right call.