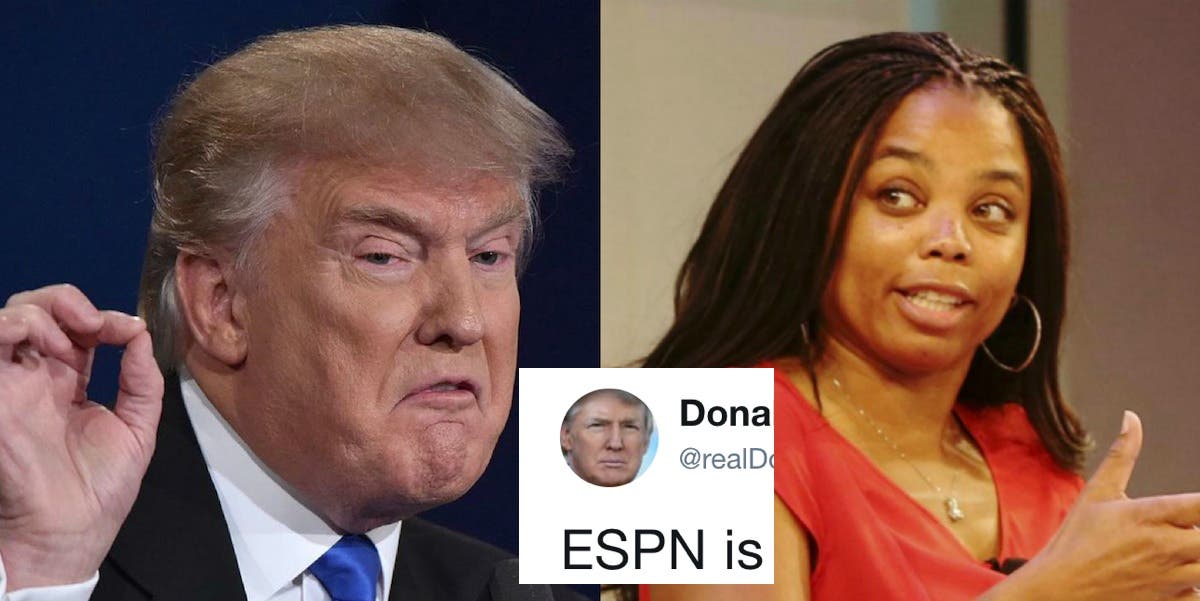 It can be exhausting keeping track of all of our reality television president’s petty feuds. This past week, a black, female ESPN anchor named Jamele Hill called out Trump for his bigotry and hatred, as well as possible Senate candidate and washed up musician Kid Rock after Rock used a Confederate flag at a concert.

He loves black people so much that he pandered to racists by using a flag that unquestionably stands for dehumanizing black people. https://t.co/ukbl3RodoP

Then, she turned her gaze on Trump.

Trump is the most ignorant, offensive president of my lifetime. His rise is a direct result of white supremacy. Period.

In response to Hill’s perfectly fair, perfectly accurate comments, White House Press Secretary Sarah Huckabee Sanders suggested she should be fired from ESPN, a blatant abuse of the power of the White House and an attack on freedom of speech.

Now, Trump himself has weighed in, implying that Hill is hurting the television network, with the clear implication that they’d be smart to terminate her contract.

ESPN is paying a really big price for its politics (and bad programming). People are dumping it in RECORD numbers. Apologize for untruth!

As journalist Lauren Duca points out, Trump’s tweet is nonsensical.

Lol ESPN is part of a cable bundle, ya jerk. People wouldn't take the time to change that shit up even if Jemele Hill insulted their mother. https://t.co/4o4YKom3r4

Perhaps the president should focus more on governing, and less on what television personalities think of him. His thin-skinned rants are a disservice to this nation and undermine our credibility around the world.