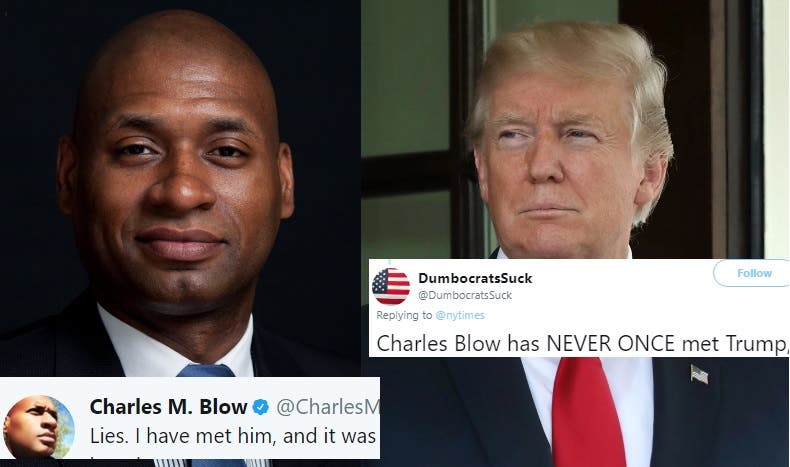 President Trump’s constant flirtation with far-right white nationalists, his hiring of unrepentant racists, and his espousing of an agenda of soft ethnic cleansing have all contributed heavily to his perception of being a white supremacist.

New York Times columnist Charles M. Blow tackles this question in his latest column, and his conclusion is telling:

In his discussion of ESPN host Jemele Hill’s now infamous tweet in which she declared the President to be a white supremacist, Blow systematically analyzes why it’s fair to call Trump a white supremacist rather than simply slapping him with the label – and his assessment is extremely convincing.

It is clear that Trump is hero among white supremacists: He panders to them, he is slow to condemn them and when that condemnation manifests, it is often forced and tepid. Trump never seems to be worried about offending anyone except Vladimir Putin and white supremacists.

What does that say about him? How can you take comfort among and make common cause with white supremacists and not assimilate to their sensibilities?

I say that it can’t be done. If you are not completely opposed to white supremacy, you are quietly supporting it. If you continue to draw equivalencies between white supremacists and the people who oppose them — as Trump did once again last week — you have crossed the racial Rubicon and moved beyond quiet support to vocal support. You have made an allegiance and dug a trench in the war of racial hostilities.

Trump ran on a campaign of racial scapegoating and barely concealed dog whistles; he has a history of racism in business and staffed his administration with known racists. He has dodged or straight-up refused to disavow the support that he receives from known white supremacists like David Duke and says that anti-fascist groups are morally equivalent to the Ku Klux Klan and neo-Nazis, even after they murdered an innocent woman.

Charles Blow took his column viral with the hashtag #TrumpsAWhiteSupremacist, and quickly attracted his fair share of trolls – whom he handled with ease: 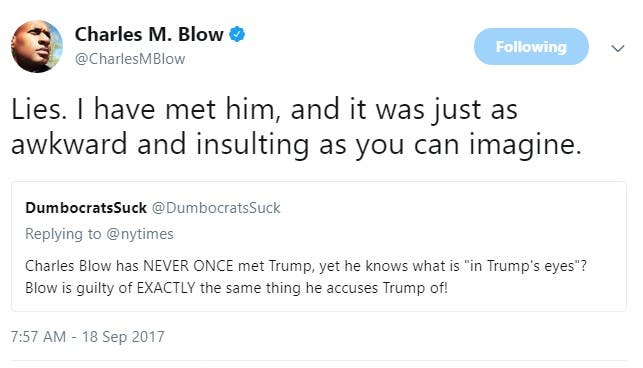 If Trump isn’t a white supremacist, nobody can tell.