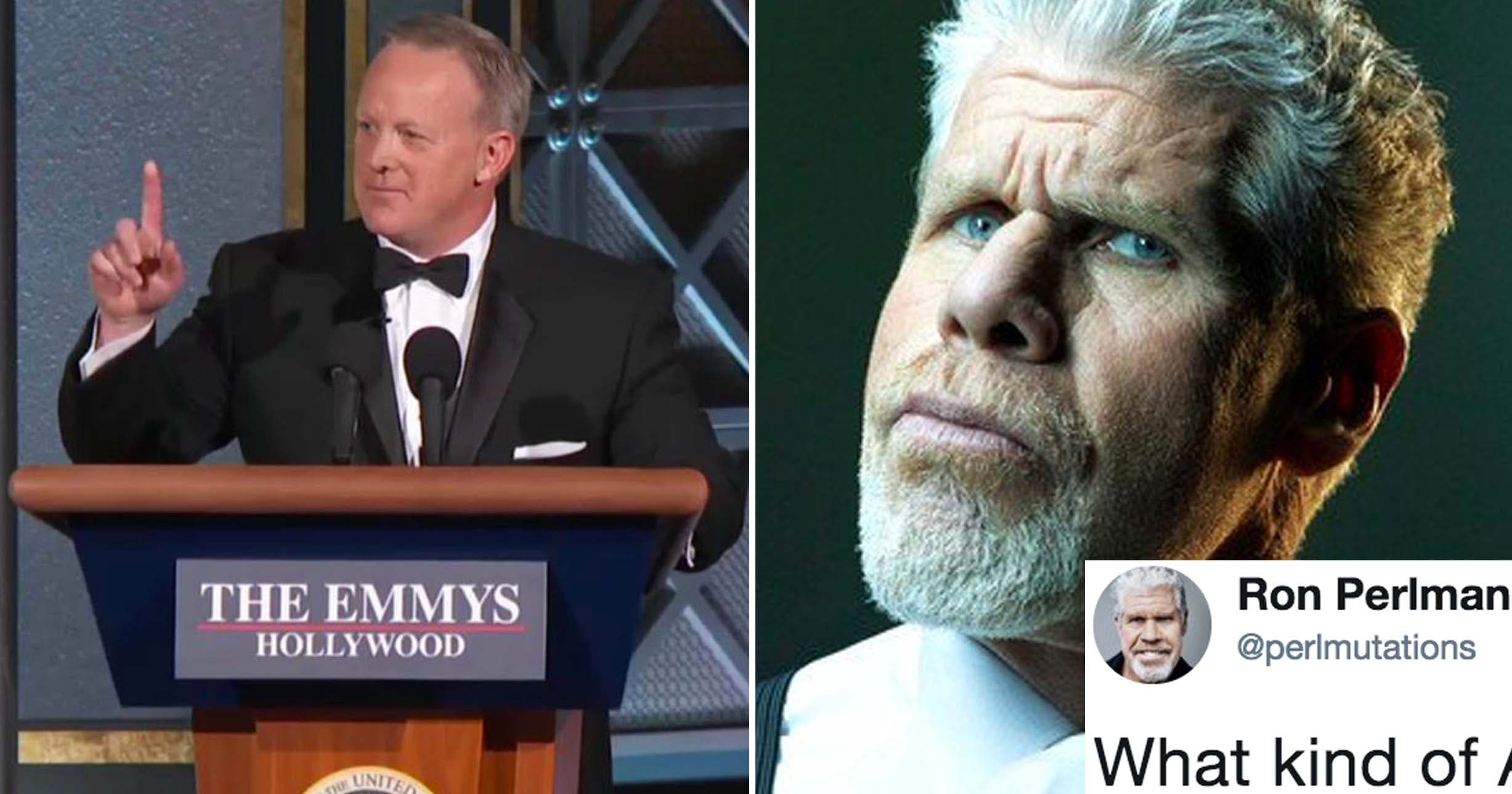 Last night at the Emmys, former White House Press Secretary Sean Spicer was brought out for a surprise appearance, decrying that this Emmys would be the most watched of all time, mocking his January lie about President Trump’s inauguration crowd size.

The attempt at self-deprecating humor fell more than a little flat as an audience rightfully enraged by Trump’s white supremacist pseudo-fascist regime was in no mood to give a pass to one of its chief enablers.

Ron Perlman, star of TV’s Sons of Anarchy and numerous films, put things best as he often does (tweet below).

Especially in times of great adversity, it is important to be able to laugh, but there is no excuse for giving a pass to people who have been as willfully destructive as Spicer.

Perlman hits it on the head: this was shameful.

What kind of Arts Community goes for a cheap joke by allowing this white supremacy enabling muthafucka into it’s midst! Ashamed…. pic.twitter.com/7kyhV8p0e6