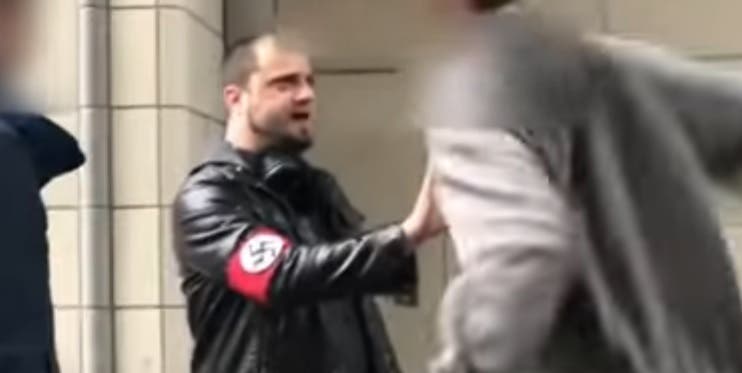 Sean Spicer Got A Cameo At The Emmys. Actor Ron Perlman’s Response Is On Point

A neo-Nazi from Seattle was caught harassing a black man on a bus, and justice was quickly served.

Yesterday afternoon, Twitter user “BigotBasher” shared an image on social media of a white male dressed in black with a red Nazi armband, identical to those worn by the genocidal monsters of Germany’s Nazi Party.

Other reports from Twitter aggregated by BuzzFeed report that the man was berating passerbys and generally being a terrible person.

Karma came back to haunt him almost immediately, however, as one unknown hero decided he’d had enough and punched the Nazi right as the fascist was making a racist remark, saying that “they deserve the welfare.”

“Night night” said the unknown anti-fascist, who then went on with his business.

While violence, by and large, is no solution to solving problems, if one wants to dress up like a Nazi and go around harassing people, one should anticipate being punched in the face as a likely consequence of that decision.