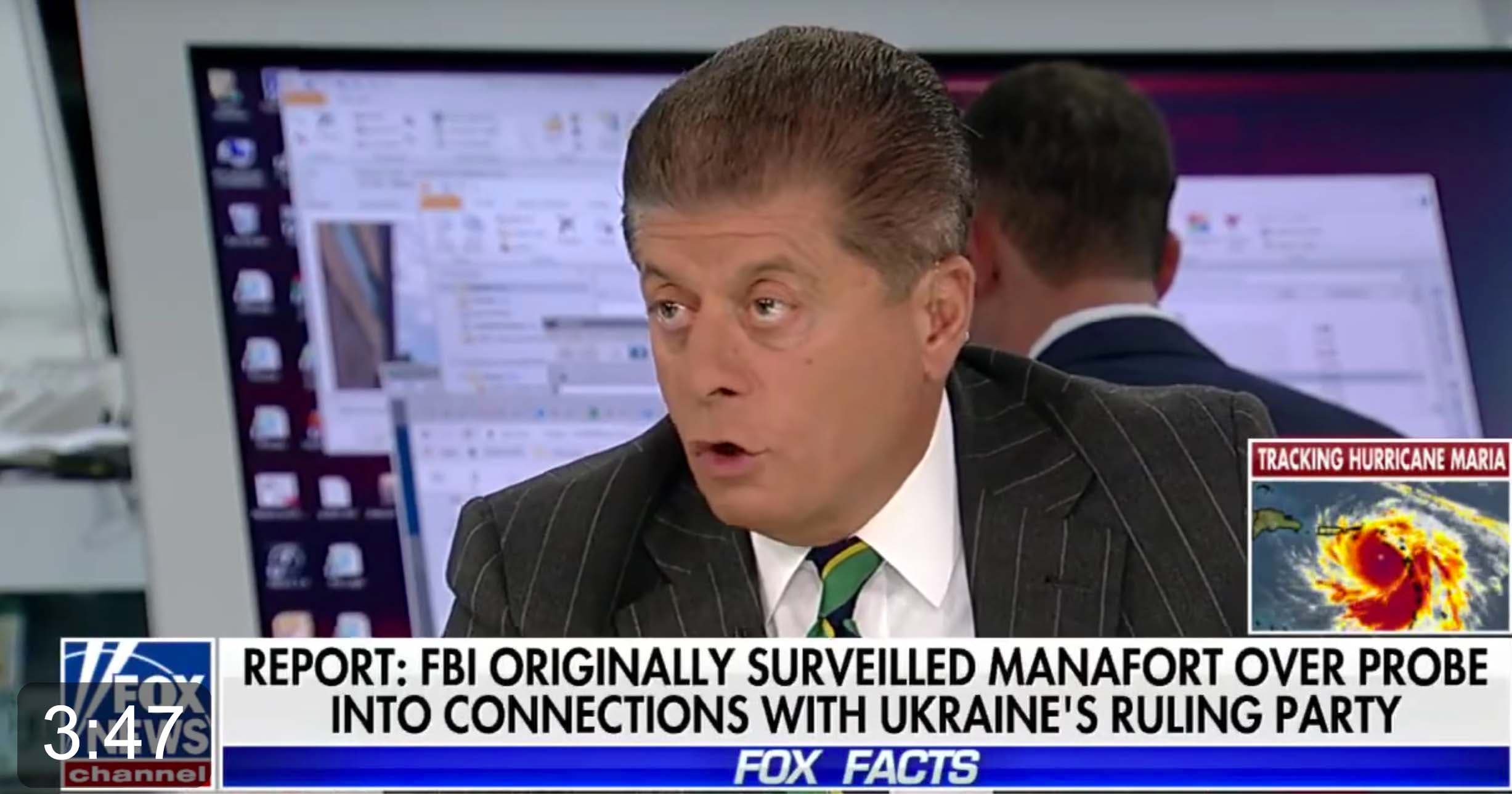 Fox News personalities receive their orders from the top to defend President Trump and his Republican enablers no matter how egregious the crime. Now, however, the propaganda network’s senior judicial analyst, Judge Andrew Napolitano, could not deny the writing on the wall (video below).

“I think this is a very bad week for the president,” Napolitano admitted focusing primarily on the revelations that former Trump Campaign Chair Paul Manafort was under surveillance. “For a judge to sign a search warrant permitting a pre-dawn raid without a knock where the defendant is not a violent person… means that the FBI satisfied the judge that they believe that Manafort was untrustworthy and would likely destroy evidence.”

“It’s perilous for the president if Manafort is indicted because the standard M.O. of federal prosecutors when they’re after a so-called big fish is to indict people in the circle of the person, even on unrelated matters. They will be holding this sword over his head and will use it as an instrument with which to try and flip him to becoming one of their own witnesses against the president and they have other potential targets as well.”

For Napolitano, those other targets are not hypothetical. He named Trump’s son-in-law and advisor Jared Kushner and former National Security Advisor Michael Flynn as likely target of Special Prosecutor Robert Mueller’s investigation.

Napolitano also detailed Trump’s team’s inept mishandling of the case, citing an instance in which two Trump lawyers “sat in a restaurant in Washington D.C. and discussed openly among them the defects in their case. Unknowingly to them, within earshot, was a reporter for The New York Times.”

“So Bob Mueller, the special counsel, now knows the defects in the president’s defenses because his lawyers were blabbing about it in the public restaurant,” Napolitano continued.

We have reached the point where things are becoming so bleak for the president that even his staunchest supporters can no longer find believable ways to defend him. In the coming weeks and months, we will see how many more of his supporters will acknowledge the obvious and who will go down with the ship.