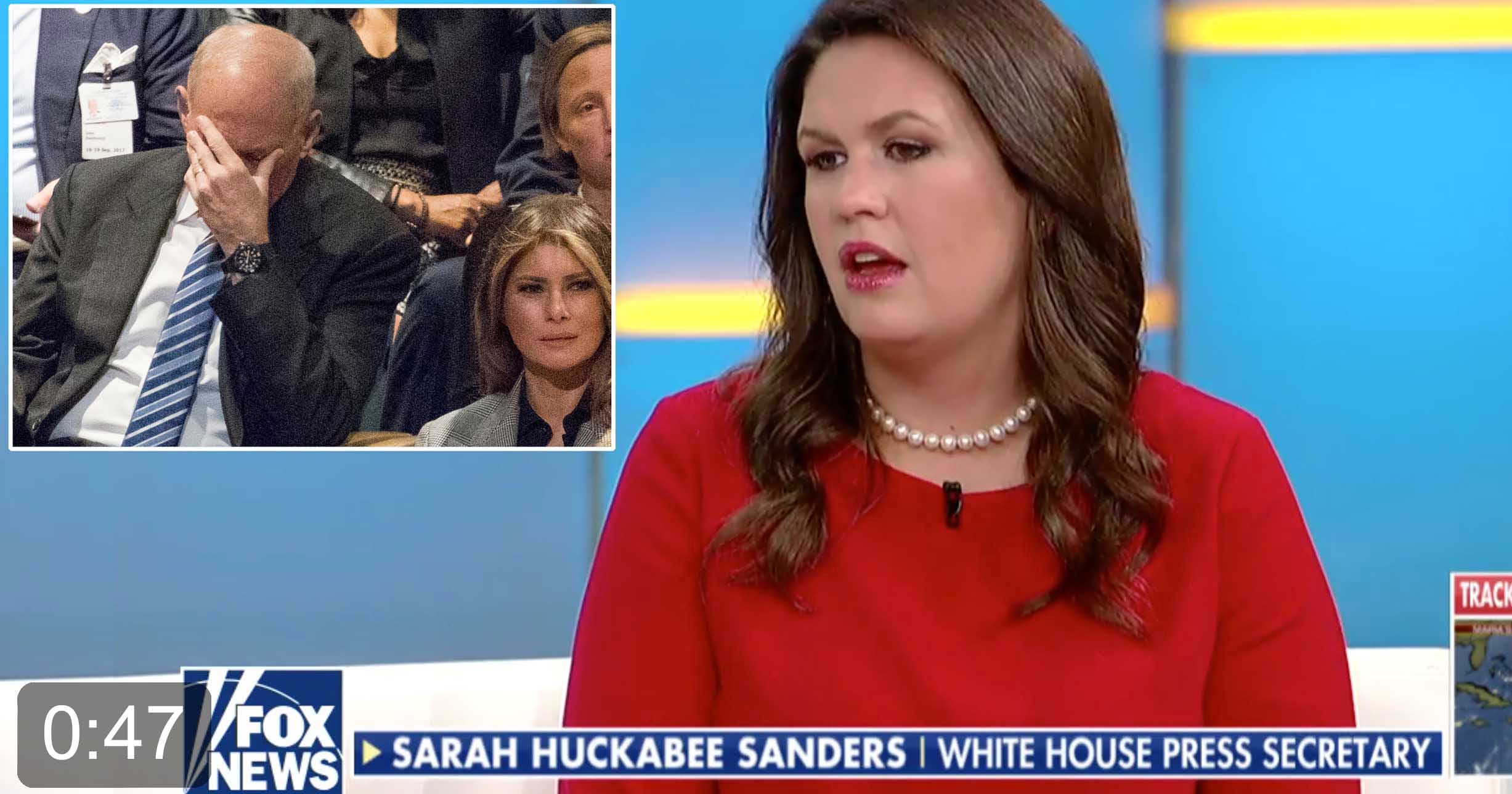 Yesterday at the United Nations General Assembly, President Trump used his first speech at the podium to do his best impression of a despotic, saber-rattling tyrant, and Chief of Staff John Kelly’s seemingly anguished reaction went viral:

While, most of the world can understand and empathize with the pain of sitting through and being associated with Trump’s arrogant and nationalistic call to war, Sanders offered a different explanation. He’s tired — and not from all the winning.

“I would certainly not read anything into that picture, any more than probably just like the rest of us, we’re tired trying to keep up with this president who’s working hard every day to help America,” she said.

If General Kelly has trouble keeping up with Trump’s efforts to help the American people, his stamina would have to be lower than Trump’s approval at a gay bar in Brooklyn.

The truth is obvious: Kelly was cringing at a series of cringe-worthy moments. But we would never expect Sanders to acknowledge the truth, no matter how obvious.

Sanders’ comments begin around the 7:30 mark.