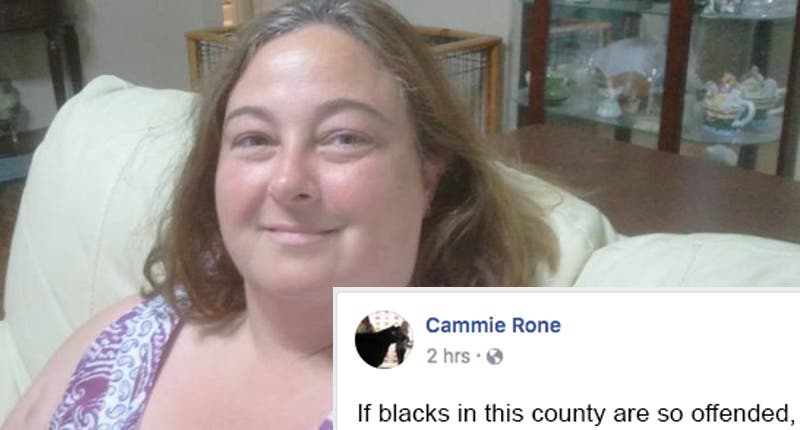 A teacher in Paloma County, Mississippi is being disciplined for posting racist vitriol on her Facebook wall.

Batesville Intermediate School’s Cammie Rone insists that she was hacked, and that her Facebook account is dedicated to “cows, recipes and home improvement stuff not racism,” but the school is taking action against a post that is undeniably abusive (below).

There are conflicting reports as to whether Rone has been suspended pending an investigation into whether or not her account was actually hacked or if she’s already been fired, but the school has committed itself to action.

It remains unclear if Rone or a hacker posted the comments, but one thing is certain. If Rone wrote the post herself, firing will be too good for her.

Below is Fox 13 in Mississippi’s coverage of the ordeal followed by Bates’ post.