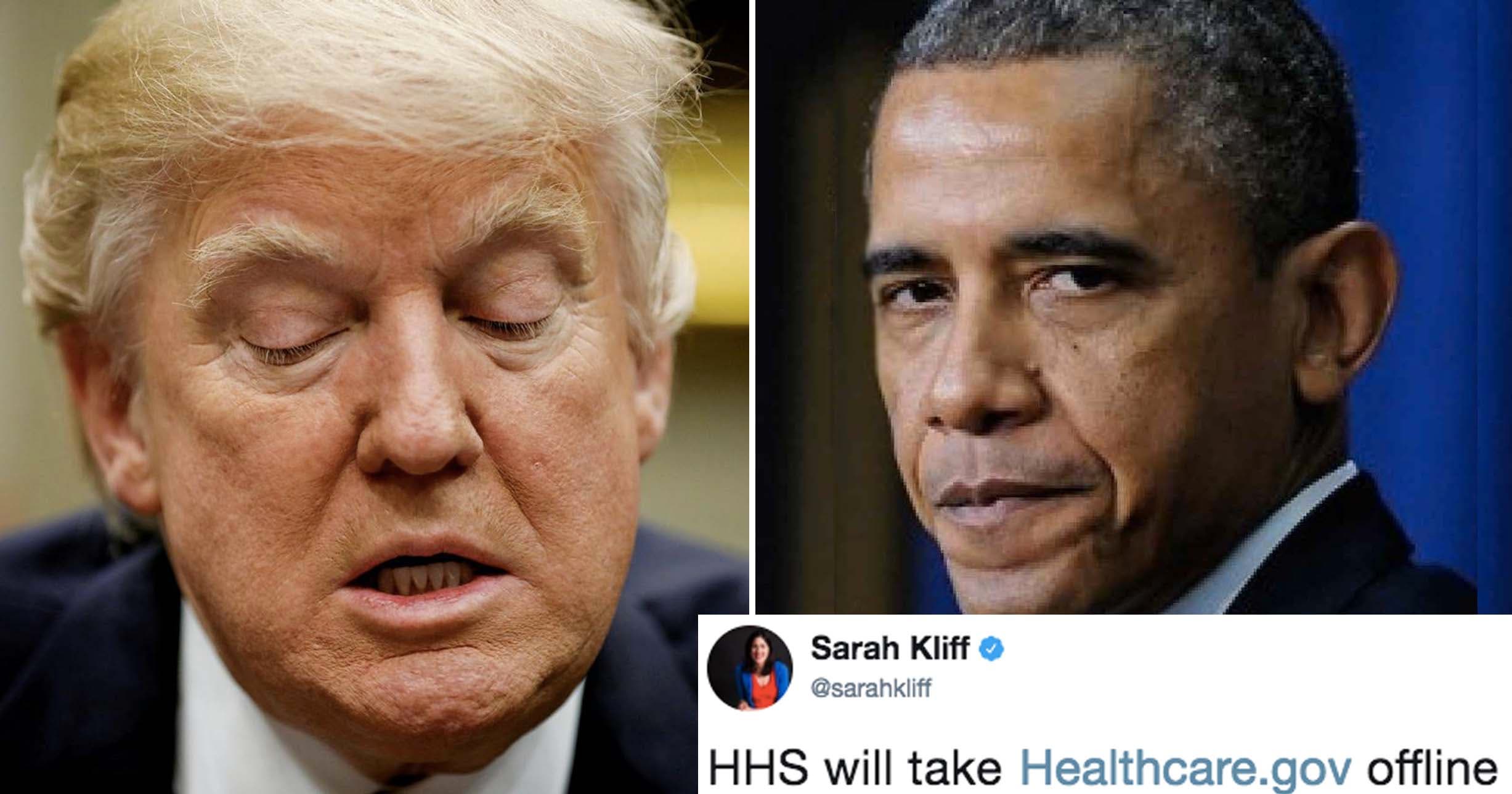 President Trump has said repeatedly that the Affordable Care Act is collapsing and that if Trumpcare does not pass, he will “let Obamacare implode.”

Since, by every measure, Obamacare is neither collapsing nor imploding, his regime has begun the process of sabotaging it.

Already Trump has weakened enforcement of the law’s insurance mandates, gutted funding for outreach, and cut the open enrollment period from 90 to 45 days.

Apparently, limiting Americans time to sign up for healthcare to half of last year’s period was not enough for Trump.

Vox Senior Policy Correspondent Sarah Kliff tweeted a screenshot of an email announcing that Healthcare.gov, the federal insurance marketplace, will also be closed for “maintenance” for five of the six Sunday mornings of open enrollment and an additional night:

This isn’t just another 6.7% cut to the time we can sign up for coverage, it is a deliberate attempt to undermine the reliability of the program — and at a time of week the administration knows full well that many working families have some much needed time to themselves.

To Trump and his cronies, this may seem like a clever political trick, but in truth, it is a shameful abdication of its responsibility to the American people.

This disgraceful act will land families in financial ruin and lead to deaths for those who cannot access care, and it is all part of Trump’s relentless pursuit of the elusive win.