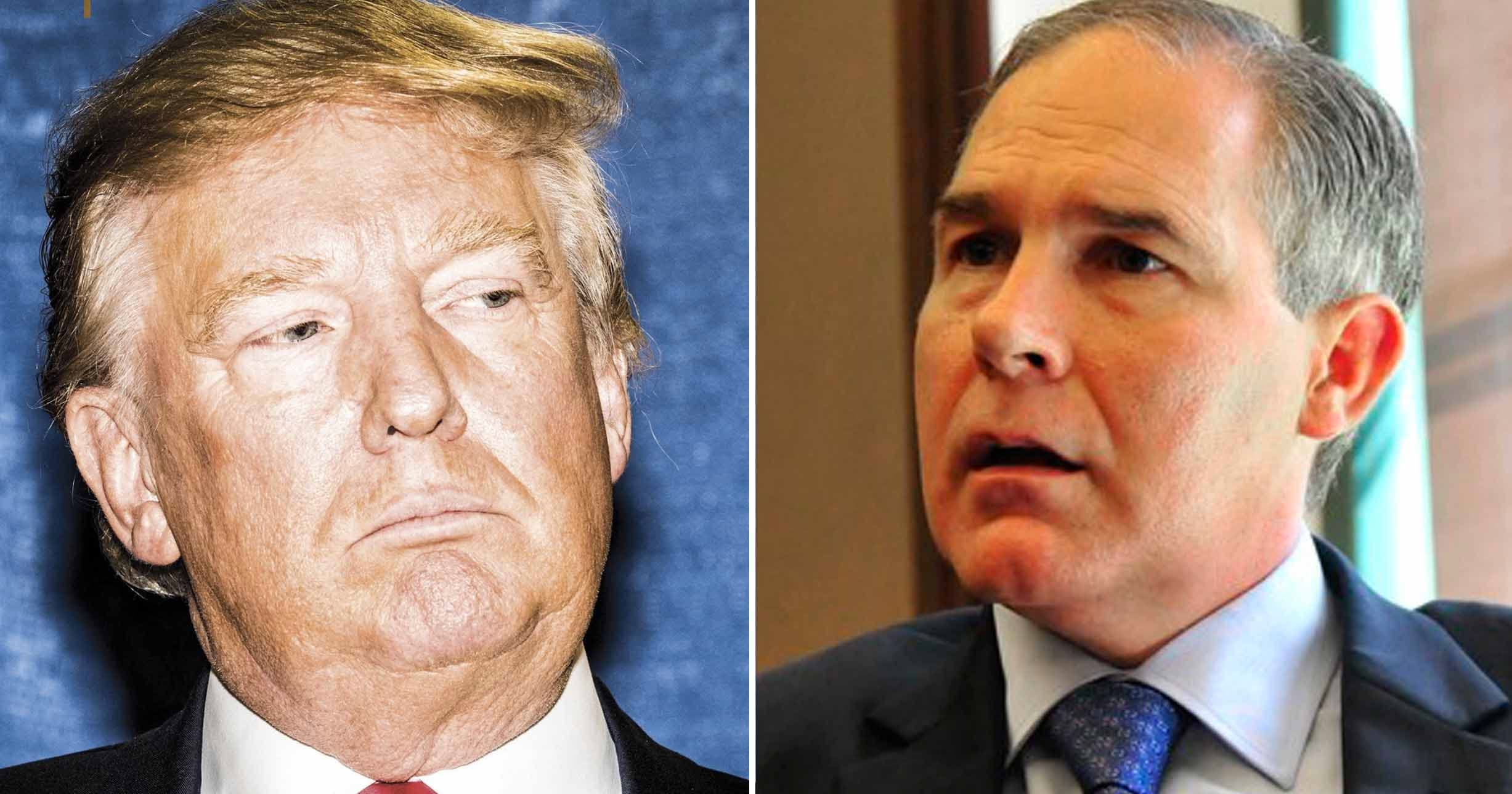 Public records show that EPA Administrator Scott Pruitt has flown from Washington, DC to his home in Tulsa, Oklahoma ten times over 13 weekends from March through May, at a cost of more than $15,000 to taxpayers.

While that may not seem like a small potatoes after revelations that Health & Human Services Secretary Tom Price spent more than $300,000 on private jets, it is very likely illegal.

The AP’s Michael Biesecker writes that “Federal regulations allow government travelers to fly business class or first class only when no cheaper options are ‘reasonably available.'”

Pruitt’s weekend trips cost an average of $1,500, generally lasting from Friday to Monday, and a simple Priceline search shows that even with a same-day booking, round-trip tickets are available for just over one-third of the cost to taxpayers:

Pruitt’s habit of flying in luxury on the government dime is not his only legal problem however. Charging the government for travel means traveling for actual business, and Pruitt has offered ten reasons for his ten weekend trips.

They are suspect to say the least.

EPA expense reports show that the purpose for many of his trips home were “informational meetings,” often just a single meeting that apparently required three days of travel and included reimbursements for meals and expenses.

On one weekend trip, Biesecker reports, EPA paid $1,980 for travel and $127 for expenses. The stated purpose was an informational meeting with Brainerd Chemical Company whose chairman, Mat Bainerd, had previously testified in Washington in support of the Keystone XL oil pipeline and against part of the Clean Air Act.

Neither Bainerd nor the EPA immediately respond to the AP’s questions about the meeting.

“AP reported earlier this year that while Pruitt was in his state job, he was in frequent contact with political donors, corporate executives and industry groups opposed to new environmental regulations enacted under the Obama administration.

“He appears to have continued that practice since coming to EPA, including traveling to accept an award from the Oklahoma Well Strippers Association, make a keynote address to a meeting of the American Legislative Exchange Council and deliver a speech to the National Association of Manufacturers.”

This is only the latest instance of a Trump official abusing their position to bilk the American taxpayer for personal extravagance, but it will not be the last. For all of their talk about shrinking the size of government, they seem determined to milk it for everything they can.