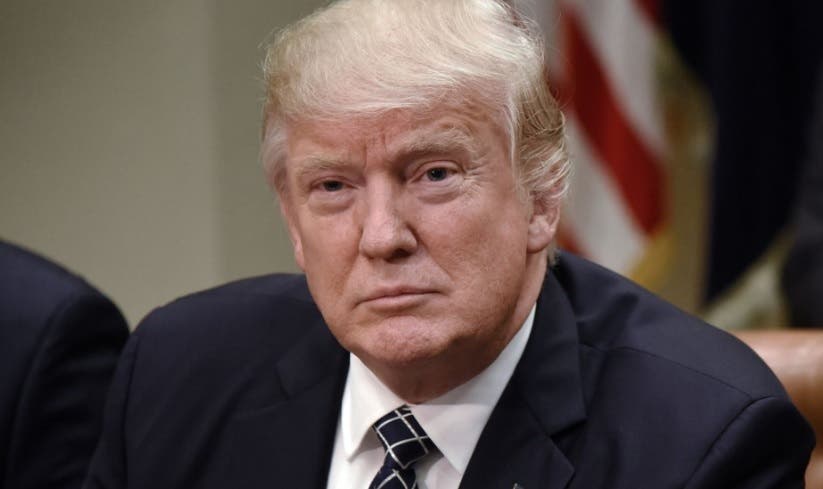 The Democratic Coalition has filed a criminal ethics complaint against President Trump over his inflammatory comments to an Alabama audience, and official statements on Twitter, seeking to influence NFL owners to fire players who protest the national anthem before games. (full complaint below)

Federal law makes it a crime for the President to wrongfully influence a private entity’s employment decisions, such as calling for a reporter to be fired for speaking out for partisan political reasons. In fact, the President is expressly included in the ethics law Congress set forth to prevent Presidents from using the “bully pulpit” in a fascist manner to direct the efforts of private businesses.

Our Constitution’s First Amendment protects the right to free speech and no public servant, not even the President, is allowed to tell an American citizen what they may or may not say. The Democratic Coalition released this statement along with the complaint:

Here's my full statement regarding Trump's #TakeAKnee comments, which led to the ethics complaint filed against him by @TheDemCoalition. pic.twitter.com/G79NeP25Ix

Today’s criminal ethics complaint against Trump is punishable by fines, and up to 15 years in prison if the President is ultimately charged, tried and convicted of the crime.

Whoever, being a covered government person, with the intent to influence, solely on the basis of partisan political affiliation, an employment decision or employment practice of any private entity influences, or offers or threatens to influence, the official act of another, shall be fined under this title or imprisoned for not more than 15 years, or both, and may be disqualified from holding any office of honor, trust, or profit under the United States.

In this section, the term “covered government person” means the President, Vice President, an employee of the United States Postal Service…

President Trump’s comments also raise the specter of abusing his powers of office to retaliate against the NFL for his past business mismanagement problems.

Trump famously sued the NFL under anti-trust laws in the 1980s as part of the competing USFL, and the jury even found in favor of his then-defunct league.

Trump won an embarrassingly pyrrhic victory in court when the jury found in his favor, but only awarded him a penalty of $3 after the jury noted his partners described the league’s problem as “we have met the enemy and he is us.”

The USFL promptly folded, like most of Trump’s business ventures.

President Trump just spent his entire weekend flying to Alabama to attack an African-American athlete, and then followed it up with a hail of official statements on Twitter going after multiple athletes and urging sports leagues to fire them.

Yet, he defended the Nazis in Charlottesville multiple times; those who participated in events leading to Heather Hayer’s bloody murder on the streets, in broad daylight.

But this latest Democratic Coalition complaint points out that President Trump’s actions aren’t just the acts of a plain and open white supremacist; Trump’s racist statements are being made for partisan political reasons and are therefore illegal.

In America, nobody is above the law, especially not laws explicitly written by Congress to keep the President’s stubby, meddling hands out of private business decisions.