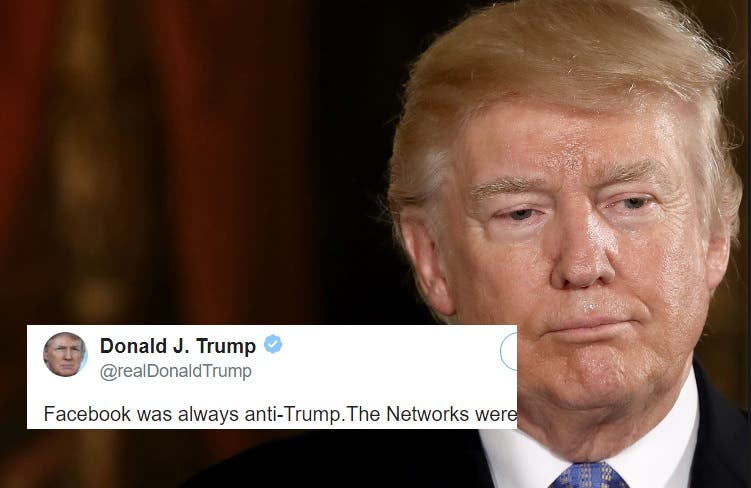 The President of the United States, his ego stung by two successive defeats on both the repeal of the Affordable Care Act and by the defeat of his candidate “Big” Luther Strange in the Alabama primary runoff, took to Twitter this morning to begin dispensing some blame.

He opened his morning tirade with some extremely unsubtle shots at Senate Republicans for failing three times to repeal the Affordable Care Act, which Trump promised to do on his first day in office,  demanding that they repeal the filibuster rule even though they couldn’t even reach the necessary 50 votes before the end of the reconciliation period, meaning that it wouldn’t have helped anyway.

With one Yes vote in hospital & very positive signs from Alaska and two others (McCain is out), we have the HCare Vote, but not for Friday!

We will have the votes for Healthcare but not for the reconciliation deadline of Friday, after which we need 60. Get rid of Filibuster Rule!

In dire need of a target to blame for his historically unproductive first eight months in office, he turned back to his favorite whipping boy to blame for his laziness and incompetence, the mainstream media, accusing them of being in “collusion” with… who or what, exactly, is unclear.

He targeted Facebook for the first time as well, even though one of the biggest stories in the news these days is about how Facebook sold advertisements to Russians, who used the ads to flood social media with pro-Trump messages.

..But the people were Pro-Trump! Virtually no President has accomplished what we have accomplished in the first 9 months-and economy roaring

The only President to have accomplished less in his first nine months in office was William Henry Harrison, who caught pneumonia at his inauguration and died a month into his term.

The louder he boasts about his accomplishments, the more hollow they ring and the more pathetic he looks. At this point, no matter how hard the mainstream media tries to will a Trump pivot into reality, it’s obvious that Trump has no interest in governance and no interest in actually doing anything.