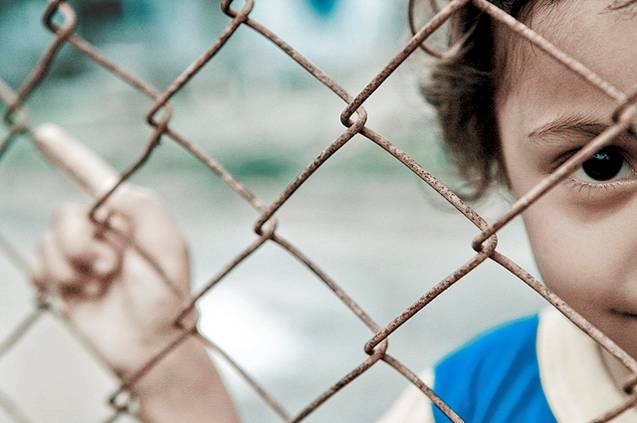 The appalling conditions at a Border Patrol facility near El Paso Texas — conditions that have led to apt comparisons to concentration camps as defined by any dictionary — were exposed by the Associated Press yesterday after attorneys attempting to help the refugee children came to the news organization with horrifying tales of “neglect and mistreatment at the hands of the U.S. government.”

The lawyers had interviewed 60 out of the 250 infants, children and teens being held at the facility in Clint, Texas and described what they discovered to the AP.

“…there were three infants in the station, all with their teen mothers, along with a 1-year-old, two 2-year-olds and a 3-year-old. There are dozens more under 12. Fifteen have the flu, and 10 more are quarantined,” the news organization reported

“Three girls told attorneys they were trying to take care of the 2-year-old boy, who had wet his pants and had no diaper and was wearing a mucus-smeared shirt when the legal team encountered him,” the report continued.

“’A Border Patrol agent came in our room with a 2-year-old boy and asked us, “Who wants to take care of this little boy?” Another girl said she would take care of him, but she lost interest after a few hours and so I started taking care of him yesterday,’ one of the girls said in an interview with attorneys.”

Warren Binford, a law professor who is assisting in the interviews with the captive children, described the extremely young detainees as “so tired they have been falling asleep on chairs and at the conference table.”

Holly Cooper, the co-director of the University of California, Davis’ Immigration Law Clinic, represents incarcerated children and told the AP that “in my 22 years of doing visits with children in detention, I have never heard of this level of inhumanity.”

The lawyers were interviewing the children after negotiating access with Border Patrol officials who knew of their visit several weeks in advance. According to government regulations, unaccompanied minors are only allowed to be held by Border Patrol for up to 72 hours before being transferred to facilities run by the Department of Health and Human Services.

The Trump administration’s crackdown on immigration, however, has led to severe overcrowding at both the Border Patrol and HHS facilities.

Acting Customs and Border Protection Commissioner John Sanders told the AP that his agency is currently holding 15,000 people, while their capacity is only 4,000 people. He pleaded with Congress to pass a pending $4.6 billion emergency funding package —including nearly $3 billion to care for unaccompanied refugee children.

“The death of a child is always a terrible thing, but here is a situation where, because there is not enough funding … they can’t move the people out of our custody,” Sanders said.

“Those facilities are anything but child friendly,” Dr. Linton said. “That type of environment is not only unhealthy for children but also unsafe.”

The AP also quoted Gilbert Kliman, a San Francisco psychoanalyst who has evaluated about 50 asylum seekers, about the lasting psychological damage that the trauma of their detention is causing the children in custody.

While Republicans in Congress continue to play semantic games by objecting to Congresswoman Alexandria Ocasio-Cortez’s (D-NY) description of the nation’s overflowing immigrant detention centers as “concentration camps,” anyone with a brain and a dictionary can see how apt the totalitarian nomenclature is.

Things will only change if enough people stand up and say “enough!”

The Trump administration must be removed from office, and its white nationalist policies repudiated and reversed as soon as possible.