Donald Trump once again made himself the target of widespread mockery yesterday at a shale conference in Pittsburgh, Pennsylvania. While rambling through his usual, xenophobic shtick about his pet wall he accidentally revealed his embarrassing ignorance of American geography by claiming that his administration is building a wall in Colorado, despite the fact that Colorado is separated from the southern border by the state of New Mexico.

It wasn’t long before an image pointing out Trump’s idiocy had gone viral on Twitter. 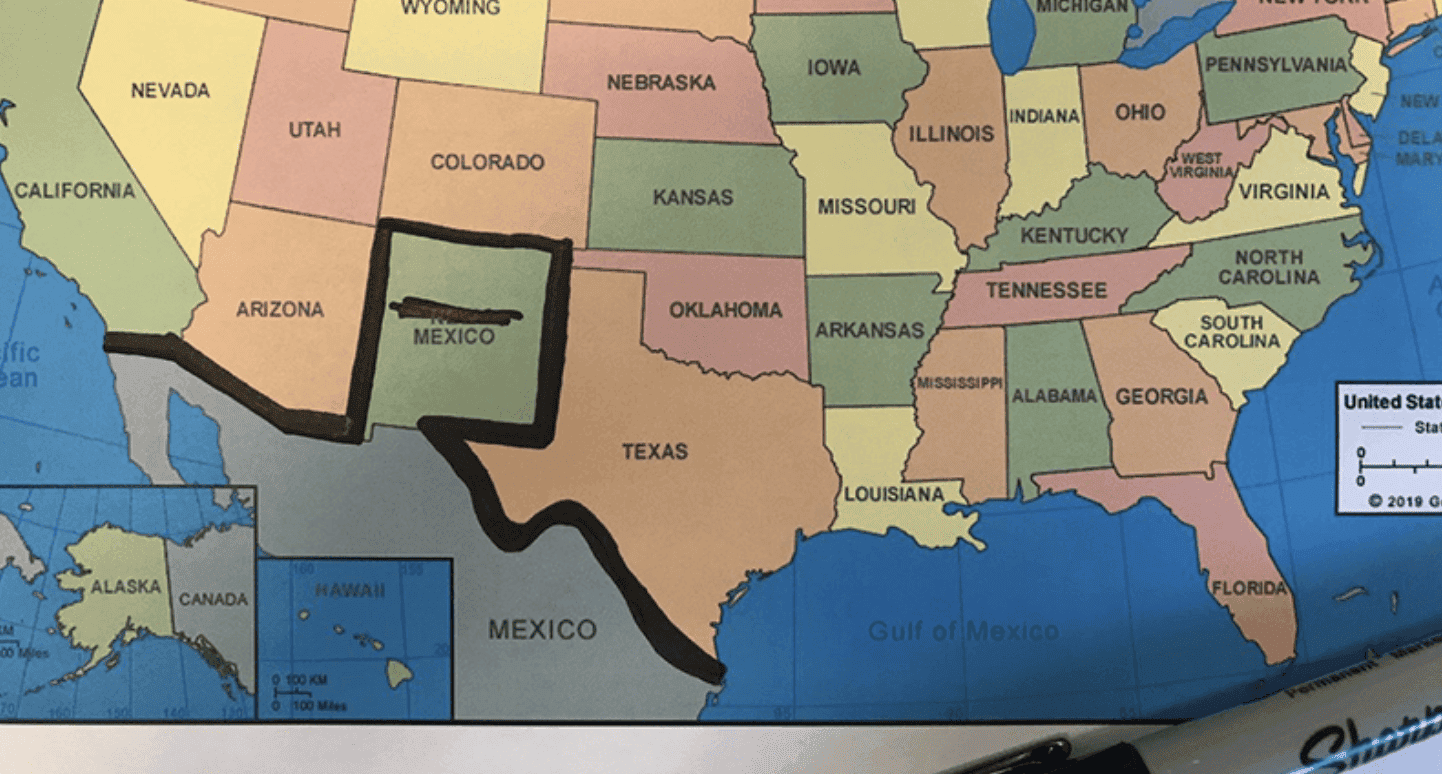 Late last night, Trump apparently got fed up with all the jokes at his expense and took to Twitter to offer a truly pathetic excuse for his mistake.  The president insisted that he had “kiddingly” made the Colorado statement, even though a quick glance at the original footage shows not even a trace of humor in the comments. In fact, the ecstatic audience gave him a standing ovation.

His garbled retelling of his speech in tweet form, replete with weird parentheticals, is nothing more than a blatant attempt to walk back his humiliating gaffe. A bigger man would have owned the mistake, had a laugh at his own expense and moved on. But Trump is a small, painfully insecure man, and he’d rather engage in an obvious lie than admit fault. With this tweet, he’s only made things worse for him. The mockery is sure to worsen.

Watch the clip below.

Trump thinks that Colorado is a border state.